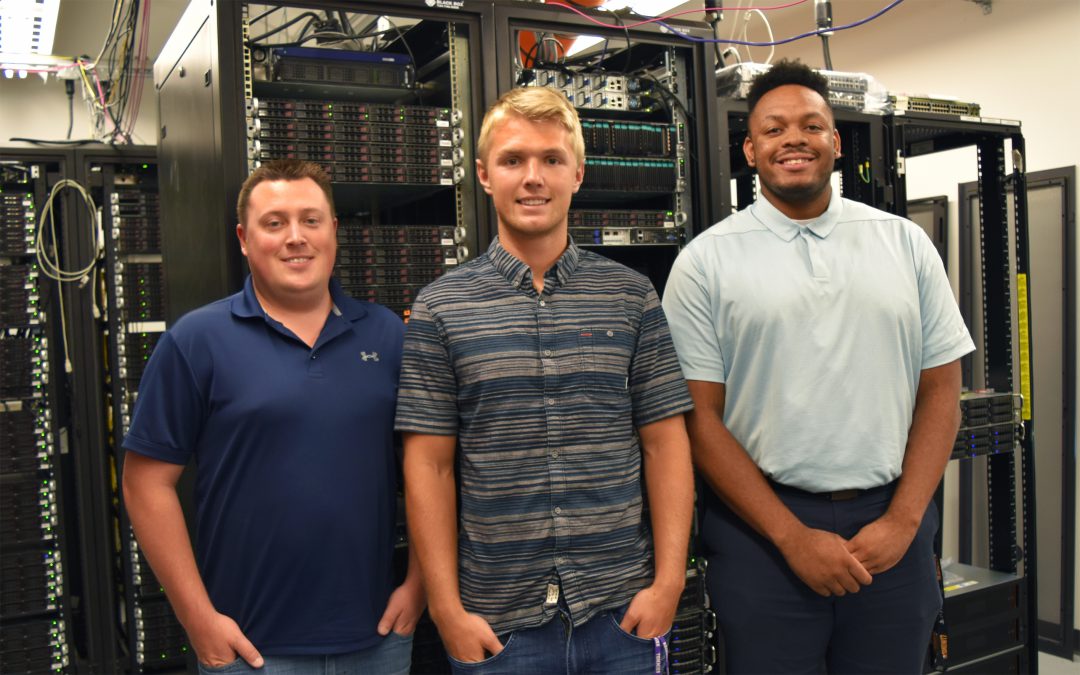 A lot of summer internships come with perks. Sometimes it’s a casual dress code, company barbeques or trips to a Twins game. For Xavier Walden, a senior studying software development at the University of Minnesota, his internship with Equus Compute Solutions came with a trip to Industry, California.

Equus hired Walden as a technical intern, and brought him out to CA to help with one of their client’s computer system upgrades where he saw to security and encryption needs.

“Seeing the reach that this company has, and the work culture and people down there, it was pretty awesome,” Walden said.

But the perks didn’t stop there. Thanks to the support and encouragement from his coworkers and supervisors, Walden was given many opportunities to learn and improve his industry skills.

“The first day I came in,” he recalled, “Chris [his manager] asked me, ‘what do you want to do? We want this to be whatever you want it to be.’ So I’ve been able to do a lot. If I’m curious about something, they’ll sit me down and talk me through it. It’s been really fulfilling. This is definitely what I was looking for.”

Growing Through Independence
When it came to Equus interns, Walden wasn’t alone. Equus also welcomed Noah Beer to their ranks, a computer science major at the University of St. Thomas. Both Walden and Beer were hired through the SciTech Program, which ensured Equus a 50% wage reimbursement at the end of the internships to help cover the cost of hiring the extra help they needed over the summer months.

As an engineering intern, Beer handled a combination of hardware and software-based projects, spending a majority of his time working on a Bash script for monitoring hardware. His script’s primary job was to keep track of fan RPMs and send notifications if anything went wrong.

This was Beer’s first internship and, like many students entering their field for the first time, he went in with some preconceived ideas and expectations. His worries that he would be “babied” as an intern, however were quickly erased.

“A couple weeks in,” he recalled, “both of my supervisors went on a week long business trip and it was left to me to figure things out. It was fun to be independent and it allowed me to work on more software stuff. I was just surprised by how much trust they gave me to go out and do it. And if I messed up, they were like ‘whatever, we’ll help you fix it.’”

Small Company Big Opportunities
Equus is new to hiring students, so they’re using Walden and Beer’s internships as an opportunity to ensure that everyone involved gets the most out of this shared experience.

“We’re kinda taking this as our learning opportunity,” said Kyle Myhre, a Talent Acquisition Business Partner at Equus. “To learn what we’re doing well and what we can improve on.”

Equus knew right off the bat that exposure and networking was key. So, Myhre helped Walden and Beer set up one-on-one meetings with the company’s top executives, giving them a rare opportunity to sit down with Equus’ leaders and ask them any questions they might have.

“I was able to talk with the CEO, the CFO, everybody, and get their insight on things like how they got to the position they’re in today, and what they would recommend for somebody my age,” Walden said. “Being able to soak in that knowledge is really great.”