Coding Behind the Wheel with VSI Labs 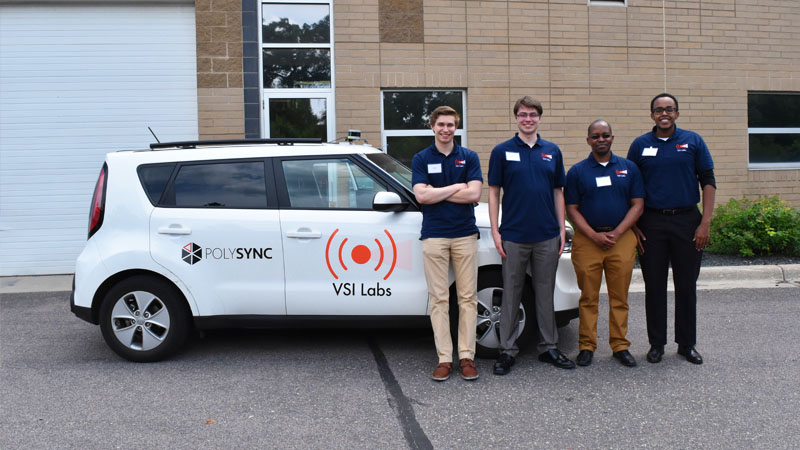 Anyone who thinks that a summer internship can’t be fun clearly hasn’t heard of VSI Labs. Don’t worry if the name doesn’t sound familiar. Like all SciTech companies, VSI Labs is a small business. Unlike all SciTech companies, VSI labs is part of a very niche industry: Autonomous driving technology. This summer, four interns were hired to work on autonomous vehicle development, three of them [Jacob, Justin and Mohamed] were hired through the SciTech Internship program.

When compared to the popular camera and radar based detection method, these maps- generated by a 3D light detection and ranging (LiDAR) scanner- potentially create a more precise awareness of the surrounding environment, providing up to centimeter-level accuracy localization. 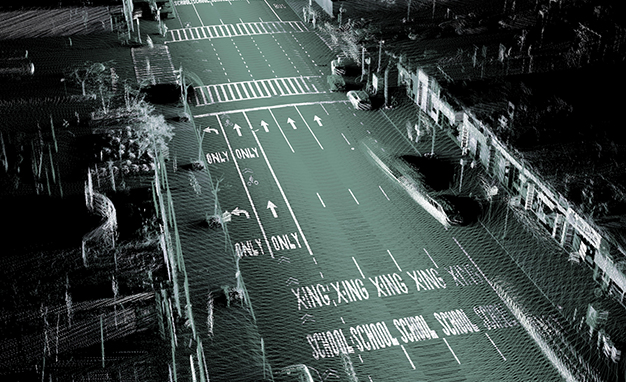 An example of an HD map generated by Here

The issue with this method, however, besides making everything look very spooky, is that point cloud maps need to be created prior to using them, therefore limiting where the car can go until more streets and locations are properly charted.

Our ride was made possible because Jacob, Justin and Mohamed took the initiative to drive and map the route themselves. From programming specific modifications at their computers to riding on streets they mapped out, everyone agreed that the tangible results they achieved with this internship was a very rewarding experience.

HD maps are only one of several approaches to vehicle autonomy that VSI Labs is developing. Controlling a car with a video game controller, for example, is another… 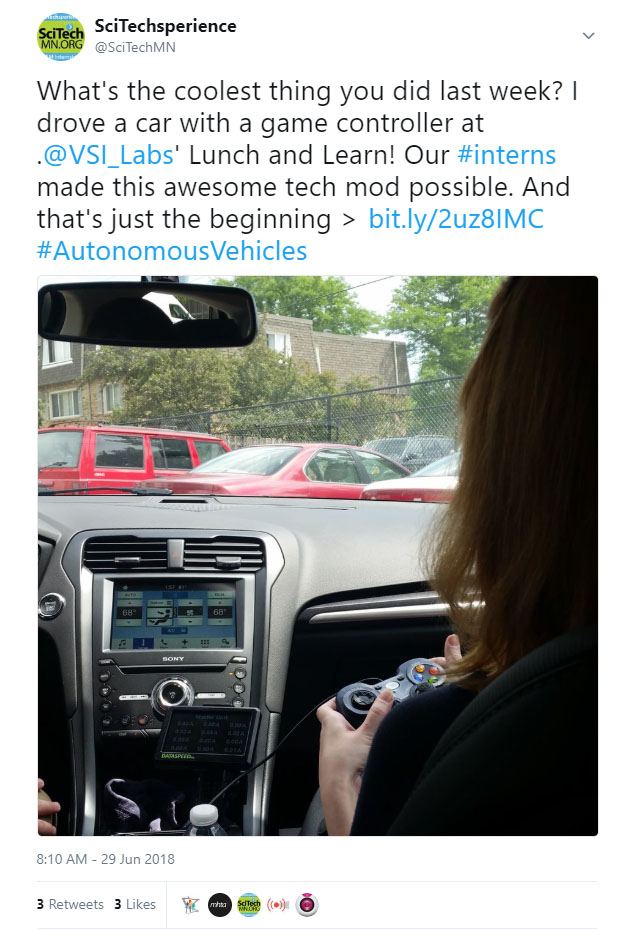 To learn more about the advancements being made in the world of self-driving tech, check out their website at vsi-labs.com