Computer Science Takes a Front Seat at this VSI Internship 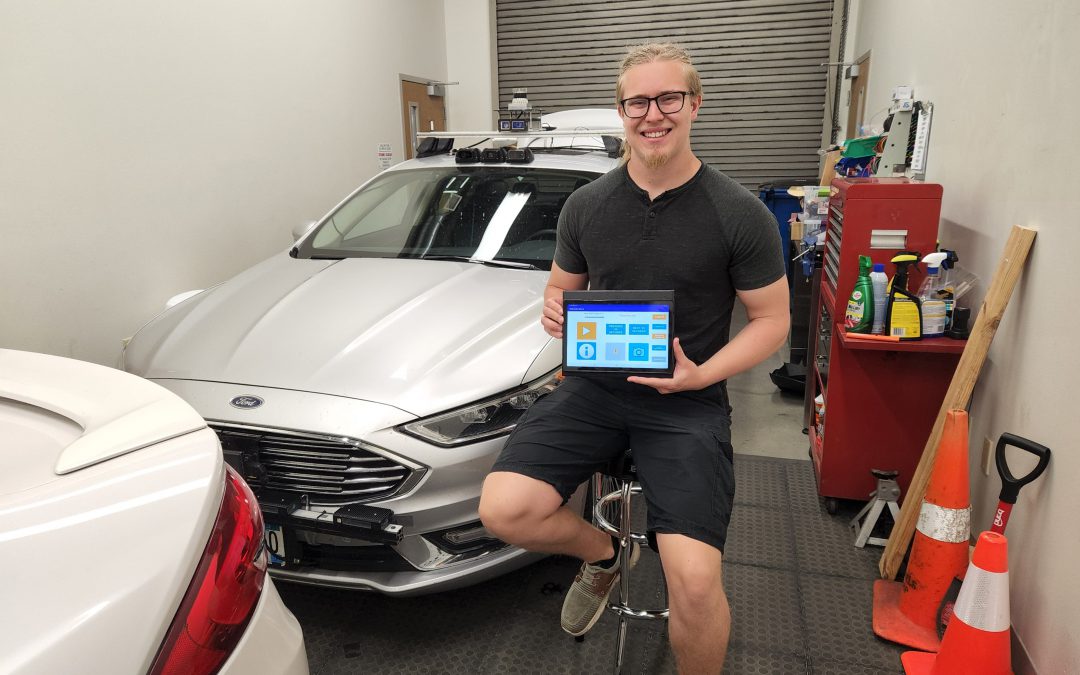 Computer Science Major Jeff Miller first heard of the SciTech Internship Program from his older brother, who had successfully secured a paid internship through SciTech and suggested that Jeff try and do the same. After checking the job board, Jeff found an opportunity to work with an autonomous vehicle company, VSI Labs, based in St. Louis Park, Minnesota. His first summer internship with VSI went so well that VSI welcomed him back the following year which gave Jeff a unique opportunity to see his projects and responsibility grow along with the company.

VSI has consistently hired computer science, software, and engineering students through SciTech for the last several years. Over that time, VSI’s active safety and automated vehicle testing services has grown more advanced. One of their latest projects involves testing thermal cameras that are used for vehicle emergency braking for pedestrians.

Decision-maker
During his time at VSI, Jeff gained experience working in multiple areas of the company. He learned a lot from his first project where he wrote a program designed to download HD map data from across the country. Later, Jeff worked on normalizing the car’s lane-viewing capabilities and played a major role in developing an app for VSI that allowed them to easily review the data their cars collect.

“This was an area where Jeff did a lot of trailblazing for us,” said Lead Developer Matt Linder. “We let him pick the direction, explore different areas and decide for us what would work.”

With this hands-on approach, the team at VSI gives their students a lot of responsibility and autonomy during their internships, enabling real-world learning while fostering their confidence.

“This past year I definitely have a big advantage over some of my classmates because of what I learned at VSI,” Jeff said proudly. “I just finished my freshman year, so I wasn’t taking super advanced courses at the time. Going back to school after learning as much as I did over the summer, it made the whole school year way easier for me.

On the road again
Perhaps one of the coolest experiences Jeff had at VSI was getting to participate in the company’s annual autonomous road trip in which they drive their vehicles cross-country to test new capabilities and collect data in a variety of real-world environments. Jeff rode along and even drove during their trips to Detroit and San Jose.

“I really like the variety of things that I get to try here,” Jeff said. “I’ve learned a lot about what I want to do going forward. So, it’s really nice to have that going in and I don’t think a lot of starting internship jobs would offer that nearly as much as VSI has. I’m grateful for the opportunity. It helped me and gave me a huge boost with my studies and as a computer scientist.”