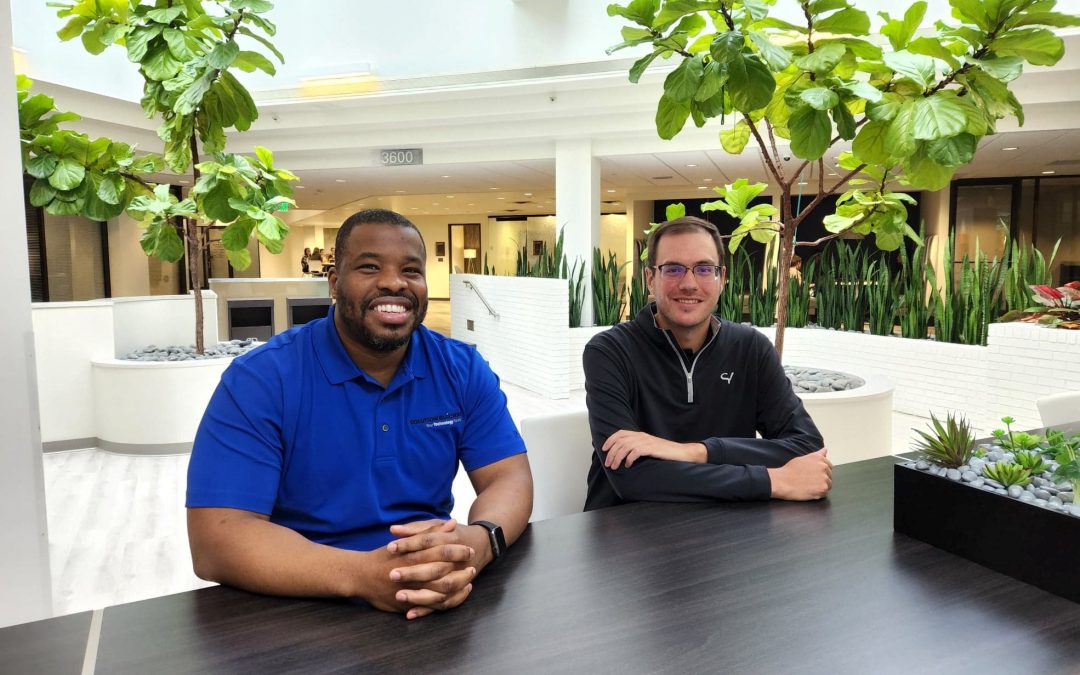 Before coming to Solutions Builders, Clifton Robinson had a lot of different experiences under his belt. He started his career in finance, joined the military and then went back to school to study IT. As he was wrapping up his degree at the University of Minnesota, he decided to look into getting an internship, to get some entry level experience in his new industry.

“I found SciTech in the spring,” Robinson recalled, “and within a month I was able to get an interview for a position and was hired soon after that.”

As both a student and a small business resource, the SciTech Internship Program acts as a connector between college STEM majors like Robinson and hiring companies like Solution Builders.

“We get a lot of great applicants from SciTech,” said Support Specialist Tim Wente. “Now four of the interns we hired are still working here today.” That list includes Wente who started at Solutions Builders as a Network Administration Technician in 2017. Having gone through the internship experience himself, Wente’s goal when advising new hires is to enable them to touch as many aspects of the job as they can.

Learning on and off the job
Coming in to this opportunity, Robinson knew he wanted to learn more about cybersecurity, so Wente and the team took that into account when planning his internship. They started him off with a week or two of training before assigning him a series of projects, one of which involved preliminary tasks within a cybersecurity sphere. Robinson learned a lot about Microsoft’s cloud computing service Azure, he conducted software updates and assisted with new client setups, among other things.

“Certifications are really important in this business,” Wente said. “So it’s great that he’s doing that on his own as well. It will look really good on his resume and it shows how he’s applying himself.”

Given what he set out to achieve and everything he learned along the way, Robinson was pleased with all that he accomplished during his time at Solution Builders. “The interaction between the employees was great as was the level of self-accountability that they require of everyone,” he said. “It’s very relaxed here, and I appreciate the lack of micromanaging. This was one of the best companies I’ve ever worked for.”