Earning Your Wings in Data Analytics with Advisory Aerospace OSC 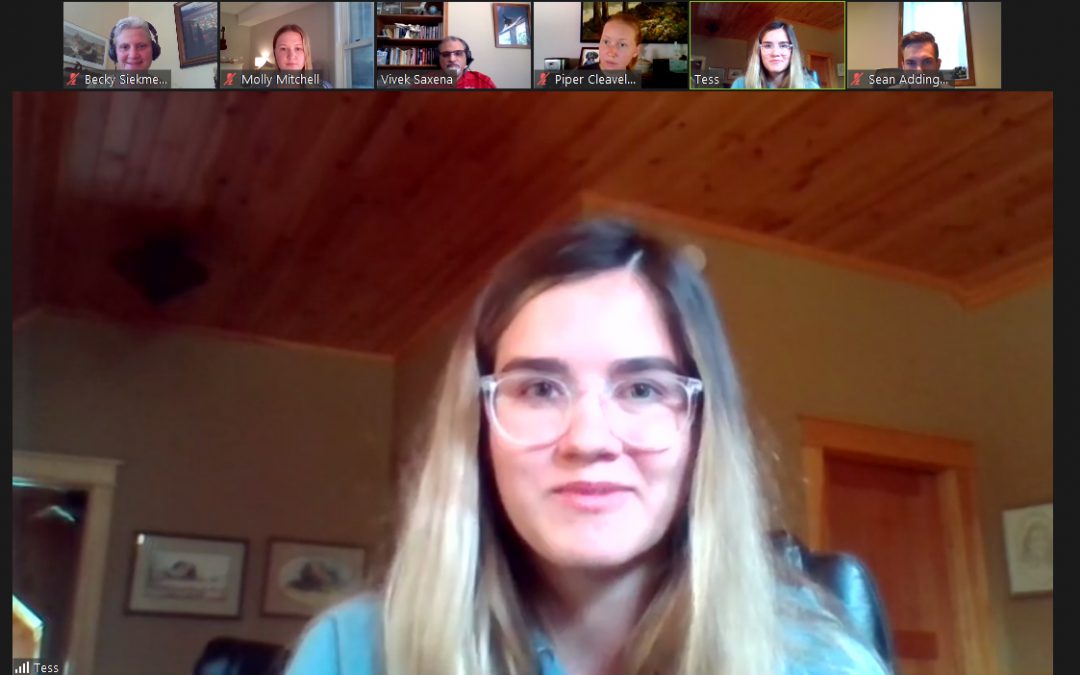 Advisory Aerospace OSC was founded to provide high-quality operations & supply chain transformation services to small and midsized aerospace companies using digital technologies. When Vivek Saxena, Advisory’s Managing Director, helped start the company in 2017, he hired two interns from the SciTech Internship Program as a means to support his business and the next generation of engineers.

“It’s not just about having additional bandwidth,” Saxena explained. “I think it’s a great way for interns to learn things that they wouldn’t do until much, much later. It’s also a pipeline for recruiting in the future.”

One of their first interns recently returned to Minnesota and to Advisory Aerospace after graduating from Purdue University and is now working with them fulltime.

Since those initial internships, Saxena has gone back to SciTech year after year, exposing students to the cutting edge technologies in operations research and industrial engineering when applied to aerospace manufacturing. This year, Sean Addington and Tess Pocrnich were the two applicants who made the cut, both University of Minnesota students studying Industrial & Systems Engineering, with strong interests in manufacturing and industrial systems.

Unique opportunities
“I liked that I had a set project from the start,” Pocrnich said. “I was also drawn to the theoretical and optimization aspect. Here, I’d actually get to do the math behind it and see that side. It was a pretty unique opportunity.”

“I had worked a little with optimization in my intro to industrial engineering class and I liked that one of the big projects I’d be working on here on involved optimization,” Addington agreed. “Also, the fact that it was a smaller team and I’d have the opportunity to learn from each person drew me to it too.”

When adding to his team, Saxena is on the lookout for interns who can collaborate and learn quickly. They need to be smart, curious, self-confident and assertive enough to ask questions.

“In our interview process we’re trying to determine if they can work with us, if they are a good culture fit and if they have the necessary interpersonal skills,” Saxena said. “We often put our interns in front of the clients. That’s an advantage and an experience that interns can only get working with a small firm like ours.”

Sink or swim
The recruiting process is rigorous and the firm typically starts with about 10 strong applicants for each internship opportunity. There is a structured on-boarding plan but from day one, Saxena’s approach also involved throwing Addington and Pocrnich “into the deep end.”

“We know that they’re smart when they come in, and we know that they’ll learn. So we give them a topic that they’ve never come across and say ‘you have to have a report ready by the end of the very first week.’ That forces them to do research and talk to people,” Saxena explained.

Both interns rose to the challenge and later took on their own independent projects for the company. Pocrnich channeled her affinity for math into the creation of a spend-analytics tool while Addington worked on a white paper on Enterprise Resource Planning and contributed to the firm’s optimization tool.

“It felt rewarding to learn Julia and HTML two weeks before building it,” he said.

“Young engineers will always surprise you with their ability to absorb concepts quickly,” said Saxena, impressed. “Tess and Sean had not done too much programming before they came. How quickly Sean learned these new languages and started contributing, it’s surprising and it’s really good. Similarly with Tess, she had never gone into large data systems before and I was pleasantly surprised when she got an automated spend analytics tool done, which we had talked about only in concept. She gave me the demo and it was very good, very impressive. If you hire smart people and give them the ability to do their thing and the tools to do it with, they can do amazing stuff.”