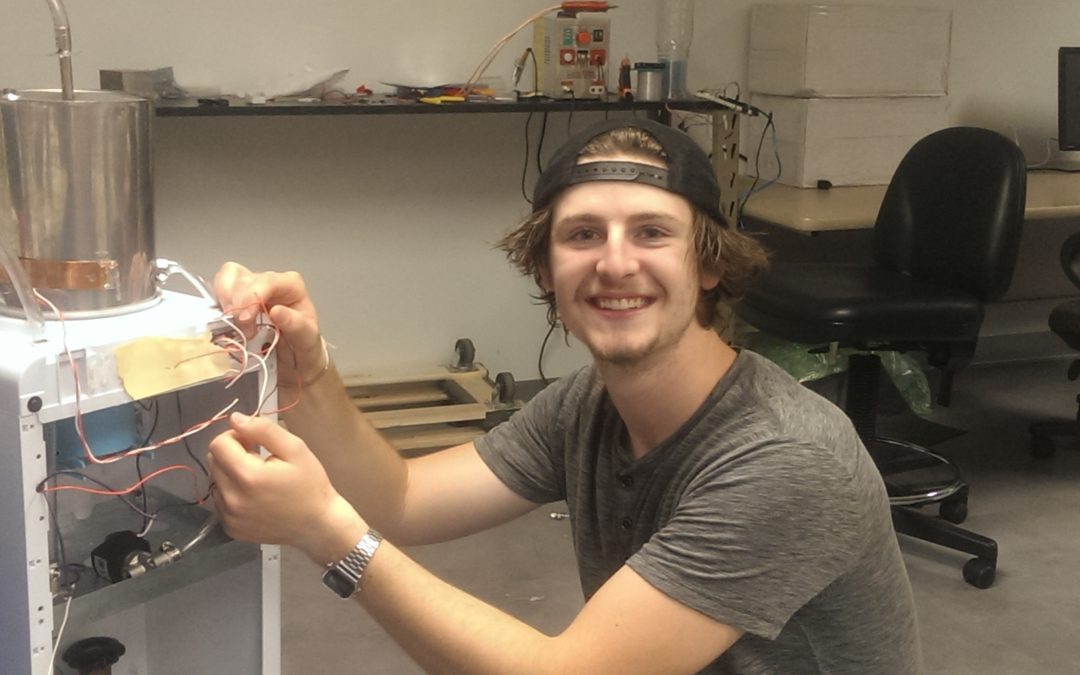 NovoClade, a small biotech lab, is working on a pest control solution designed to reduce the impact of chemicals on the environment. Their clever approach to this problem is to use the insects to control themselves. By sterilizing pests genetically, NovoClade intends to reduce their numbers without having to kill them with chemicals that can also harm the environment.

NovoClade is currently working with grants from DARPA and the NSF, they received funding last year as a MN Cup finalist and they’ve won a Tekne Award for their innovative research. With all this recognition and growth, NovoClade’s CEO Siba Das decided to turn to the SciTech Internship Program to hire a R&D intern that could help his team with some prototype development.

“I got 20 or so applicants in just a couple of days,” Das recalled. “There were so many great candidates that I couldn’t say no and hired two interns, even though I only needed one.”

This was Das’ first time mentoring students in a professional setting, but he drew from his university experience where he previously worked with graduate students and undergrads on similar projects. “I told them, ‘this is the end goal’ and they could do whatever they wanted to get there,” Das explained. He was confident that their level of curiosity and enthusiasm would see them through. 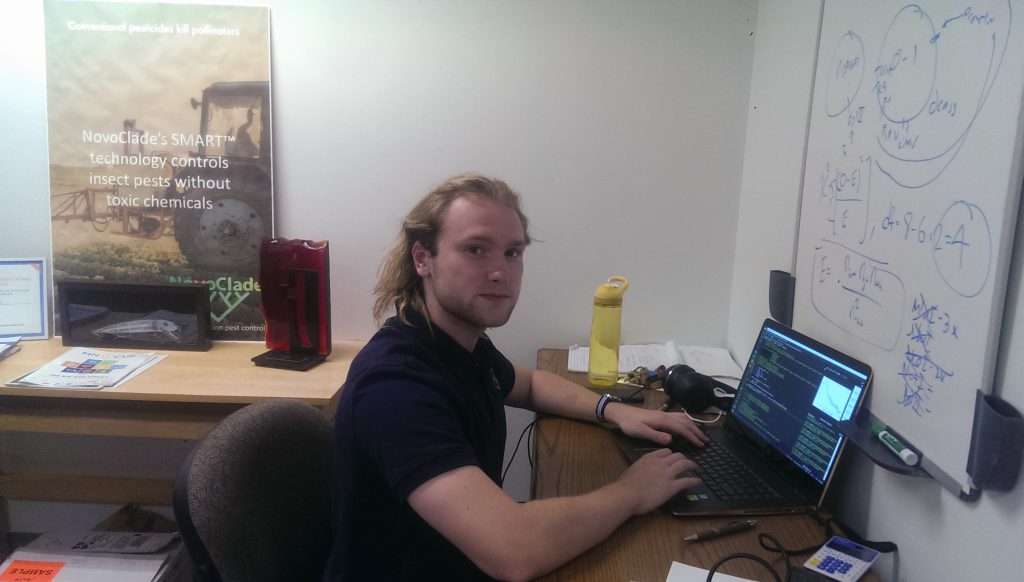 They started out with research, Stover recalled. “We essentially read all of the literature surrounding this one insect: the fruit fly.” From there they could brainstorm the device that Holt was going to build so he could start working on a prototype.

“I’m making a station where the flies can be raised,” Holt explained. This project enabled his desire to problem solve and challenged Holt to create the most efficient product that he could. “I like designing something and then realizing I can make it better,” he said.

At the same time, Stover was creating a computational model related to Holt’s work.

“I’m proud because I’ve learned a lot by setting this up,” Stover said. “It’s been fun thinking about how I can make this as helpful as possible and how I can transform these ideas into a computer setting and then present it to Siba.”

An intro to biotech
As chemical and mechanical engineers, working in biotech was a relatively new experience, but certainly an educational one.

“The key to any biotech lab,” Das said, “is to ask an interesting question that can improve people’s lives.”

“I’ve learned how varied this industry can be,” Stover said.

“Now that I see the changes that can be made through biotech, my view is more optimistic,” Holt agreed.