From Machining to Engineering: Getting in Gear at Aroplax 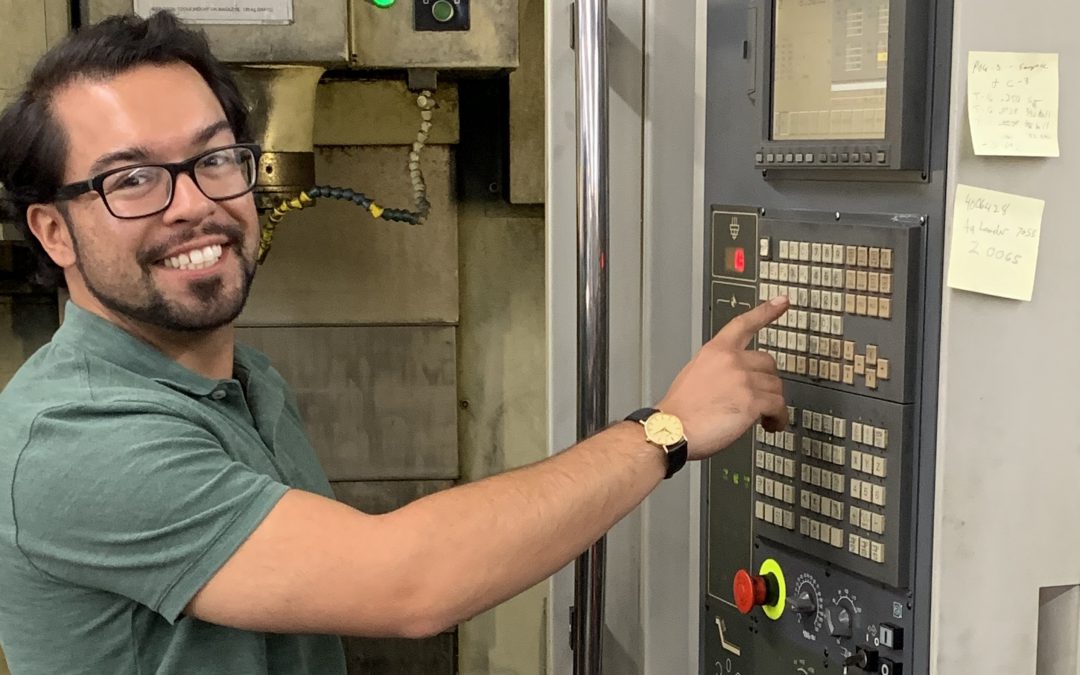 With a machinist degree and two manufacturing internships already under his belt, Michael Garg came to Aroplax Corp with an arsenal of know-how.

“When I saw his resume, I thought he looked like a great candidate right out of the gate,” said Lisa Schoening, the HR Director at Aroplax. “He had prior experience specifically working in a tool room and in a manufacturing type environment, so that was a huge plus for us.”

Garg is currently studying mechanical engineering at St. Cloud State University and was looking forward to an internship where he could put his new talents to the test. “I’ve always enjoyed being a machinist but I knew I wanted to do something that was a little more advanced,” Garg said. “I wanted to do research and development, to make the process more affective.”

In support of Garg’s desire to learn, and to get a sense of his capabilities, Thomas Schoen, Aroplax’s Director of Operations, gave Garg exposure to a variety of different tasks. As a custom plastic injection molding company there was plenty to explore.

The tools of the trade
During the summer, Garg worked in Aroplax’s tool room where he utilized CNC, mill, and lathe machines to create tooling and fixtures that drove process improvements on the production floor. He also partnered with engineers to design and implement automated end of arm tooling (EOAT).

“That was quite rigorous,” he recalled. “Once I completed that and got all the parts up to tolerance, it was pretty rewarding.”

What’s next?
Even though his summer internship is coming to an end, Garg’s role at Aroplax will continue to evolve. He’ll now be working part time, balancing his studies at St. Cloud State while developing his role on Aroplax’s team.

“I really enjoyed the environment and the culture at Aroplax. They were very inviting and welcoming, like a family,” Garg said. “Everyone has their own niche here, and I really enjoyed getting to walk around, interact with everyone and learn about their part in the company. That was really interesting and helped me see how I could possibly grow here.”

Get involved
Make an impact on a young professional’s life and strengthen your talent pipeline. Start planning your internship today at https://scitechmn.org/