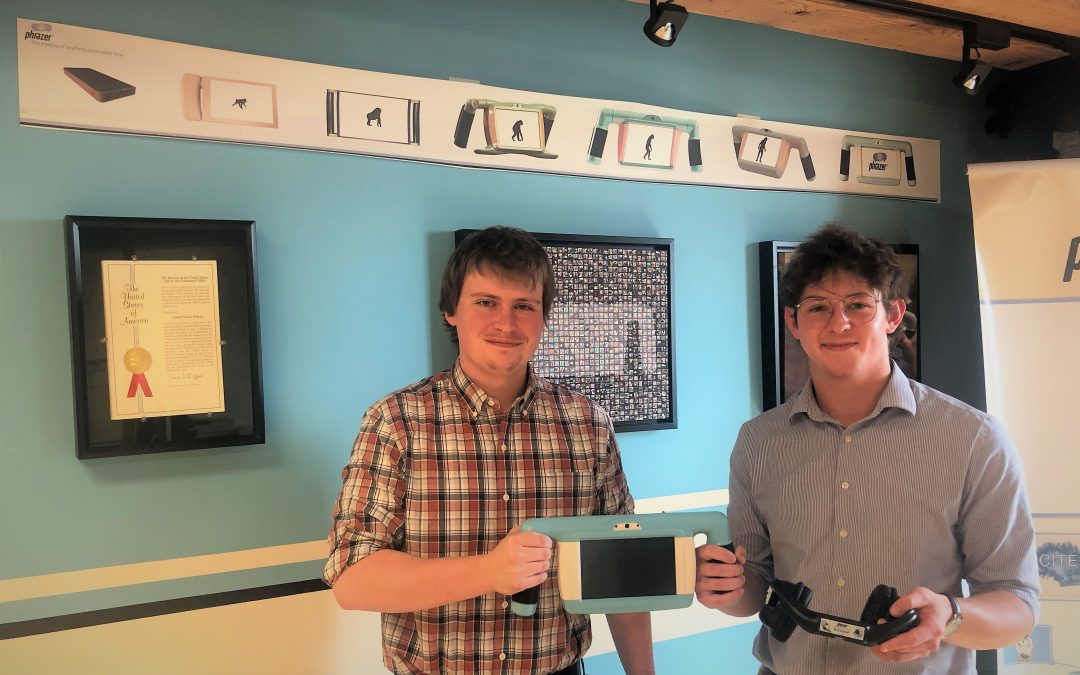 “When you walk into a conventional healthcare setting you either get a paper form or a tablet with a survey on it and then you wait” said Katja Kressmann, the General Manager at GeaCom, Inc. “While conventional methods may work for the dominant population and culture, they can’t ensure equal and effective engagement across the entire population. That’s where our solution comes in.”

Phrazer Kitsune is the only medical grade engagement solution that employs CITE methods for personalized and effective interactions between patients and their care team. Phrazer tailors to the patient’s language, culture, gender, age, level of literacy, and background while simultaneously providing relevant care information to staff and the EMR.

“When talking about our solution, we talk a lot about the patient and the equity aspect. But the Phrazer/Kitsune platform also benefits staff, the entire health system and is a true transformation to healthcare.” Kressmann said. “Civil Rights and innovation – that’s what our company stands for.”

Connecting in the fight against COVID
After the COVID19 outbreak and the need for screenings grew, GeaCom was contracted by emergency response teams from the Twin Cities to move Phrazer/Kitsune units into service and ramp production.

“When we received the call, we had to assign the entire resource center to design a completely new COVID interface,” Kressmann said.

SciTech interns Eric Fracek and Franklyn White, both computer science majors at the University of Minnesota-Duluth, joined GeaCom in early 2020 and were excited to work on the software side of this project

Development and deadlines
As a software development intern, White saw his internship with GeaCom as an opportunity to apply his coding skills in a meaningful way. “This place really stood out as a place where I’d be making a difference,” White said. “I could tell from the start that this was a place I really wanted to be.”

White was assigned work on the secure conferencing feature, as part of the Phrazer’s caregiver and patient bridge. After initial research he then ran systematic tests to come up with improvements which enabled him to develop new coding pathways. He also created a widget to remotely assess performance of the Phrazer systems in market.

“For me it was really eye-opening,” Fracek added. “Everything was ‘learn-it, do-it, go!’ I got to actually sink my teeth into the Kitsune project, the headset that folds into a speaker. I had never worked with such a low-level programming language. It’s something I had always wanted to dig into but never had the resources or the opportunity until now.”

Although the Kitsune development project was his favorite, Fracek enjoyed the overall rewarding environment he found whenever he and the other programmers worked on something as a team.

“With the initial COVID interface deployment, everyone was so exhausted but we all worked together to get this done. It was moments like that that really stand out as memorable for me.”

Credit where credit’s due
“Under COVID-19, there was a lot of pressure,” Kressmann admitted. “We had to design something very quickly that had to meet our standards to get out on the market, and [Fracek and White] performed very, very well under that pressure.”

In the end, she said, to do well in this industry it’s important to “be excited and take responsibility, but also really connect with the team. Ask questions, get feedback. They’ve done a phenomenal job doing that.”

Learn more about other SciTech internships on our blog at SciTechMN.org.