How to Go Above and Beyond: An IoT Internship at Exosite LLC 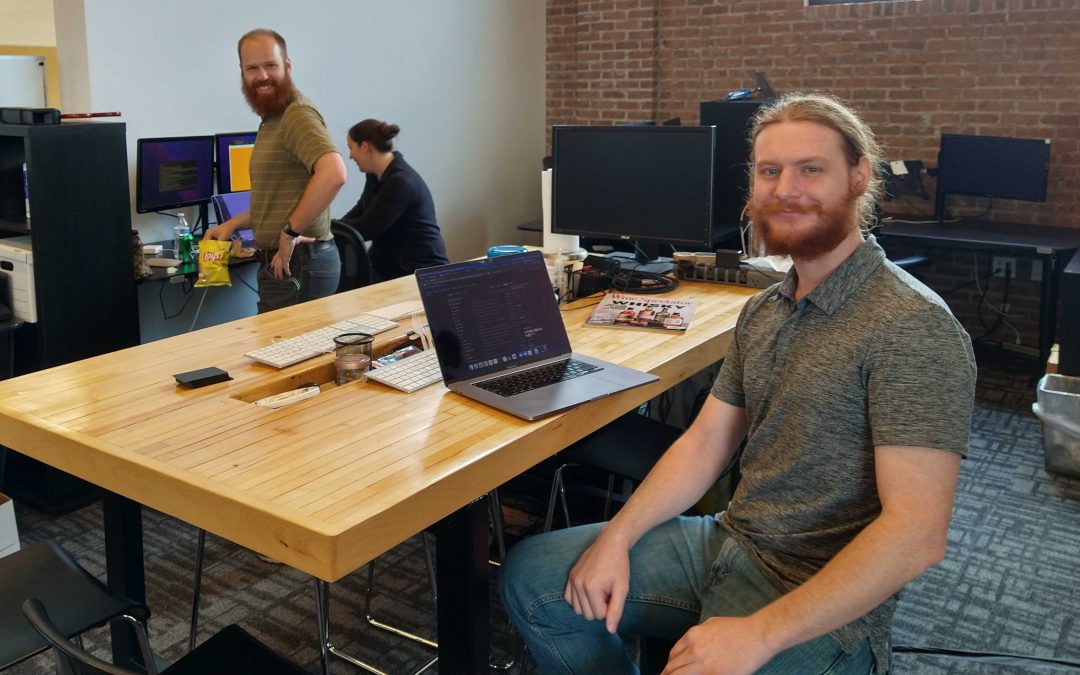 With graduation looming, Computer Programming Major Kevin McCarthy went in search of a paid internship that could serve as an easy transition from school to industry.

“Within three days of signing up for SciTech, I got three job offers,” he recalled. Intent on exploring his interests within the IoT field, McCarthy accepted a position as a Full Stack Engineer at Exosite LLC.

Specializing in Industrial IoT, Exosite provides connected device  sensors and remote-condition-monitoring software solutions for a variety of markets. McCarthy would be assigned to a skills  progression pipeline under the guidance of Exosite’s Director of Software Delivery Charlie Grussing-Neitzel.

Operating under the belief that internships are an opportunity for mentorship, Grussing-Neitzel encourages interns to begin by developing good habits first. They start with quality assurance before moving on to frontend application development. From there the interns can choose  if they want to continue with frontend or transition to backend coding instead.

“Kevin has absolutely risen to the challenge and then some,” Grussing-Neitzel said. “With Kevin, he’s definitely shown that he has the acumen to learn quickly and that’s really what we’re looking for. He works well with others and it’s a good fit with our company culture.”

Professional problem solvers
While working on his primary project, McCarthy was responsible for running integration tests and checking for regressions in the updated code . If an issue was found, it was McCarthy’s job to fix it.

“I like critical thinking and problem solving. The biggest satisfaction that I have is when I finally get something done and I realize that it was so much easier than I thought it would be. It’s an awesome feeling,” McCarthy said.

“As a program developer, really what we are, are professional problem solvers,” Grussing-Neitzel added. “We hit roadblocks every day and it’s our job to get through them.”

McCarthy proved that he could do just that when mid-way through working on the pipeline project, one of his collaborators left. Unfazed, McCarthy continued the work on his own and even took over the responsibility of checking the regressions himself.

“Kevin became the reliable one, and now he’s teaching another intern this process,” Grussing-Neitzel said proudly. “He’s going to have a great career.”