In the Lab at Schells Brewery 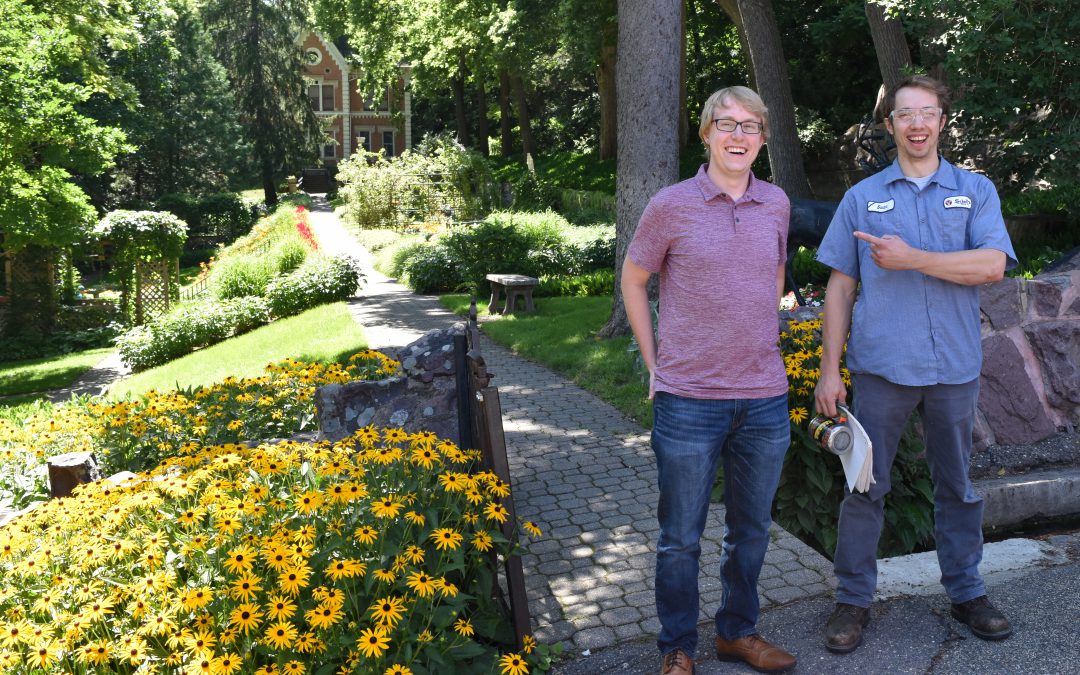 An hour and half south of the Twin Cities lies the picturesque town of New Ulm. Nestled between the Minnesota and Cottonwood rivers, New Ulm is steeped in the German heritage of its immigrant settlers, from the ornate Glockenspiel ticking away in downtown, to the monumental Hermann the German who overlooks the city from the top of Center Street Hill.

Perhaps the brightest gem in New Ulm’s crown of culture is the Schell’s Brewery, the second oldest family owned brewery in America. If you’ve ever been to Schell’s, you might be picturing the old brick buildings, the fairytale-like mansion, or the peacocks that casually roam the grounds. What many may not consider is that in addition to its Willy Wonka-esc charm, the brewery also contains quality assurance and quality control laboratories where lab technicians conduct chemical analysis for every batch and brew. This is where intern Thomas Weigel spent his summer.

The brewery has hired interns in the past, explained Sean Monroe, Schell’s Lab Manager, but Weigel is the first student they’ve hired through the SciTech Internship Program. SciTech is a free, state-funded resource that not only facilitates STEM college students finding paid work in their field, but helps small employers find and pay the interns they need.

A summer in New Ulm
Weigel’s experience with Schell’s was much more than just an internship. Not wanting to commute every day from Minneapolis, he moved to New Ulm for the summer, stayed in the dorms at Martin Luther College, and explored the town and biking trails throughout the area.

At work, his shifts began in the lab, first checking to see what new brews came in the day before.

Every batch, once ready to be packaged, is tested in the lab first. A fair amount of Weigel’s work involved chemical analysis tests which required a firm understanding of microbiology.

“I do a lot of work with microbiology while working in the hood, a lot of membrane filtering, plating, running PH and bitterness unit testing and some color testing on our bright beer,” Weigel said. “I don’t think people realize the amount of analysis that typically happens behind the scenes with food production.”

From sticks to science
Entire chemical devices and processes have been developed solely around the fermentation of beer. Prior 1875 however, a brewmaster’s secret weapon was their stick. After stirring up the previous ferment, they’d dry the organisms left on the stick and then reuse them in the next batch. This process was repeated again and again, and sticks were often handed down from one master to the next.

“One of our owners says that the lab runs the brewery, which is definitely the case in Germany too,” Monroe said. “We run quality first; production and all the numbers come after.”

Get involved
Looking to build your small business workforce? At least 100 internship wage matches are still available to small employers on a first come, first hire basis. Get started today at SciTechMN.org.

Are you a returning SciTech student? Send your current transcript to SciTechMN@mhta.org to reactivate your account. Spring and summer internships are available now.