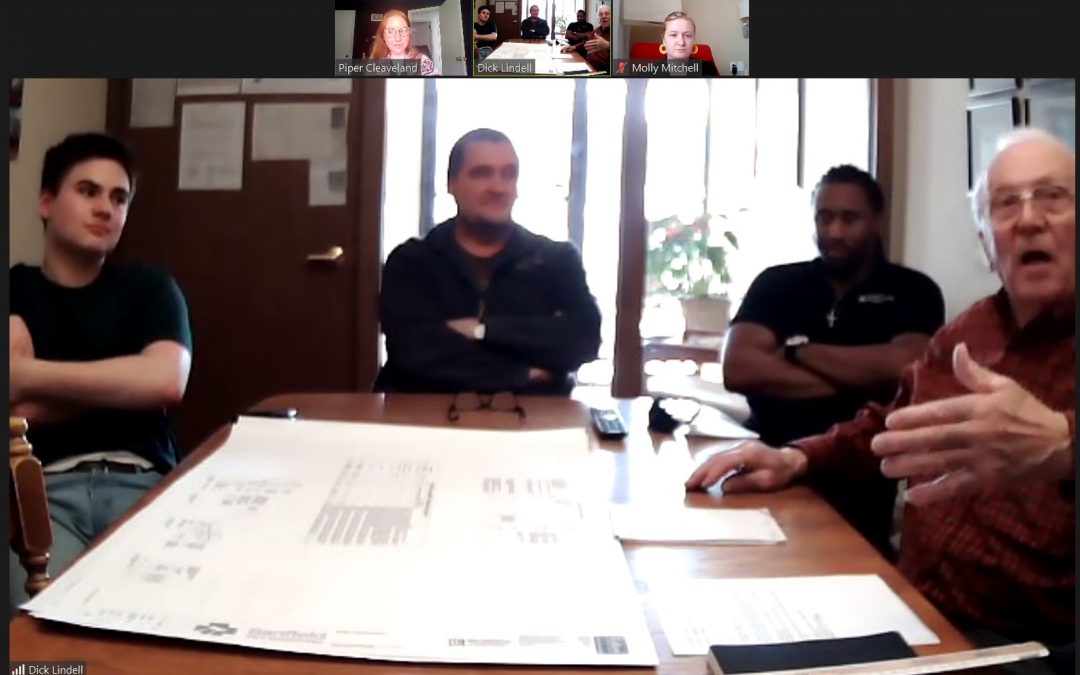 Dick Lindell founded Lindell Engineering inc. in 1967 and since then he and his team have steadily and carefully expanded their workforce. At this small, mechanical and electrical engineering firm in Plymouth, Minnesota, a candidate’s character is just as important as their credentials.

“Getting good grades is amazing, but for me, if your attitude is a 4.0, you can go anywhere,” said Danard E. Higgs, a Mechanical Engineer at Lindell.

This spring, Higgs helped mentor Jonathan Hedburg, an electrical engineering major at Normandale Community College with a 4.0 personality. Hedburg rocked his interview, making a great -albeit overdressed- first impression as he arrived in a freshly-bought suit and wing tipped shoes. Now known throughout the office for his up-beat attitude, things have been progressing ever since.

“Jon has a rare sense of fearlessness,” said Higgs. “He speaks his mind but does it in a very respectful way and a lot of engineers can’t do that. So, I think he has a good balance.”

“He has brightened our office,” Lindell agreed. “It’s now a more pleasant place to be.”

The language of drafting
During the interview, Lindell made a point of asking Hedburg what areas he wanted experience in. The team then did their best to assign him projects that matched his and the company’s goals, all while equipping Hedburg with the essential tools of the trade.

“One of the first things we teach is the language of drafting,” Lindell explained. “We don’t find anyone teaching that anymore. Drafting is a language. It’s what engineers use to take something out of their mind and put it on paper. It’s such a thing that you can’t communicate it with words, you have to communicate it though drawing. So, we get them on a project right away that will help them understand structural and architectural drawings.”

Hedburg’s biggest drafting project was also his favorite, in which he had the opportunity to design the electrical layout for a pet hospital in Texas. Along with the drafting, Hedburg learned to work with national electrical codes to ensure the project met all required safety standards. This also required him to think critically about the design, to minimize cost while still getting more light for less.

“One thing I learned almost right away is that engineering is almost more of a mindset than a skillset,” Hedburg said. “It’s a lot about finding a problem and thinking analytically to solve it […] Until now, I hadn’t seen any proof that what I’m studying will eventually pay off. But this [experience] has been the first reward to the studying I’ve done so far.”

Get involved
Make an impact on a future STEM professional’s life and strengthen your talent pipeline. Start planning your internship today at scitechmn.org. At least 20 wage matches are available on a first come, first hire basis between now and August 2021.