Intern Explores Her Passion for Language at Northflow Solutions 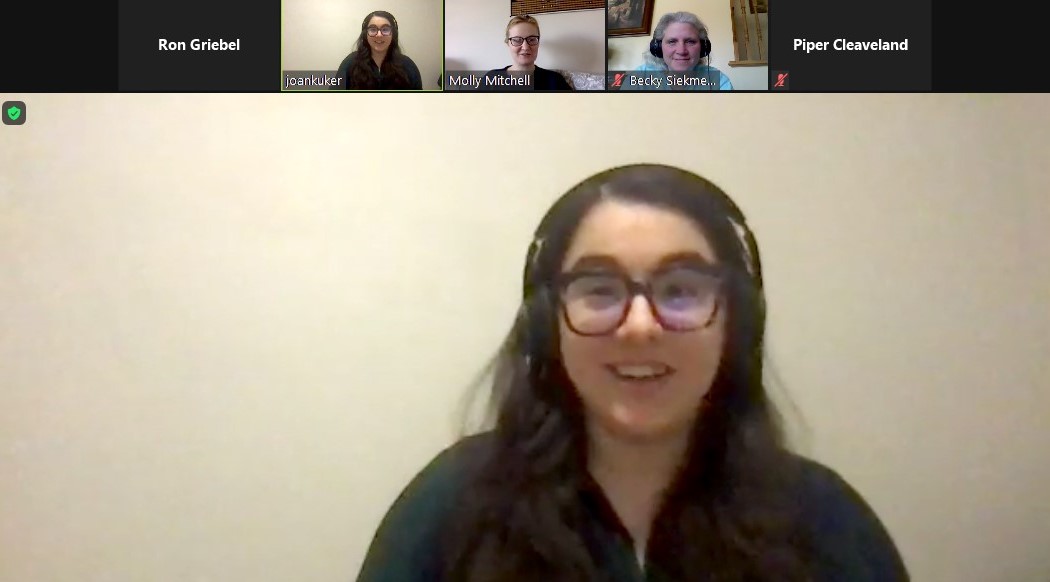 For 35 years, Northflow Solutions has provided software development services for independent telephone companies in the U.S. and Canada. In 2019, this small, telecommunications business hired Brian Jacobson through SciTech for a programmer/ analyst internship. The experience went so well, that they offered him a fulltime position after graduation and posted a second internship the following year.

Joan Kuker, a computer information systems major at South Central College applied for the position through SciTech last November and has been working as part of the team ever since.

“She had a broader range of interests, not just focused on one particular software development framework,” said Director of Software Development Ron Griebel. “And she spoke Canadian French. It’s been helpful as she’s assisted some of our other teams that have to do documentation and development in French.”

In fact, it was Kuker’s love of linguistics and learning that inspired her to pursue a career in technology in the first place.

“I like to study languages and I can speak French, but my accent is horrible. My French teacher loved me, but she did not love my pronunciation,” Kuker joked. “I really like the idea of being able to program in a language that no one has to hear me speak. I started learning about programming languages and that got me really interested in cyber security. I just love learning things, and with a lot of stuff in the IT world, there’s no end to what you can learn.”

Weird but cool
Kuker has learned quite a bit since she started in November. Already she’s helped set up a desktop environment for developers, debugged code, worked with database admins and handled loads of documentation. Kuker is using some of the coding languages she learned in school but some are completely new.

“I didn’t know VB before. It’s a language that not a lot of people use,” Kuker said. “I’m learning it because a large part of my work involves VB. It’s really cool because it’s super annoying and it doesn’t make sense. Here, I get to learn more about it and figure out how it’s different from the other coding languages I’ve learned. It’s like learning French and then learning Canadian French. It’s weird but it’s really cool.”

Unphased, and even excited by new challenges, Kuker’s open mind and eagerness to learn has not gone unnoticed by her team. Griebel values that trait in his interns. Hosting them, he said, “gives us a bright perspective, while having someone to help with the workload. Joan has a lot of energy and she’s helping us with that fresh perspective on how we do things.”

Get involved
Make an impact on a future STEM professional’s life and strengthen your talent pipeline. Start planning your internship today at scitechmn.org. At least 90 wage matches are available on a first come, first hire basis between now and August 2021.