Interns Learn the Ins and Outs of Civil Engineering with Bogart, Pederson and Associates 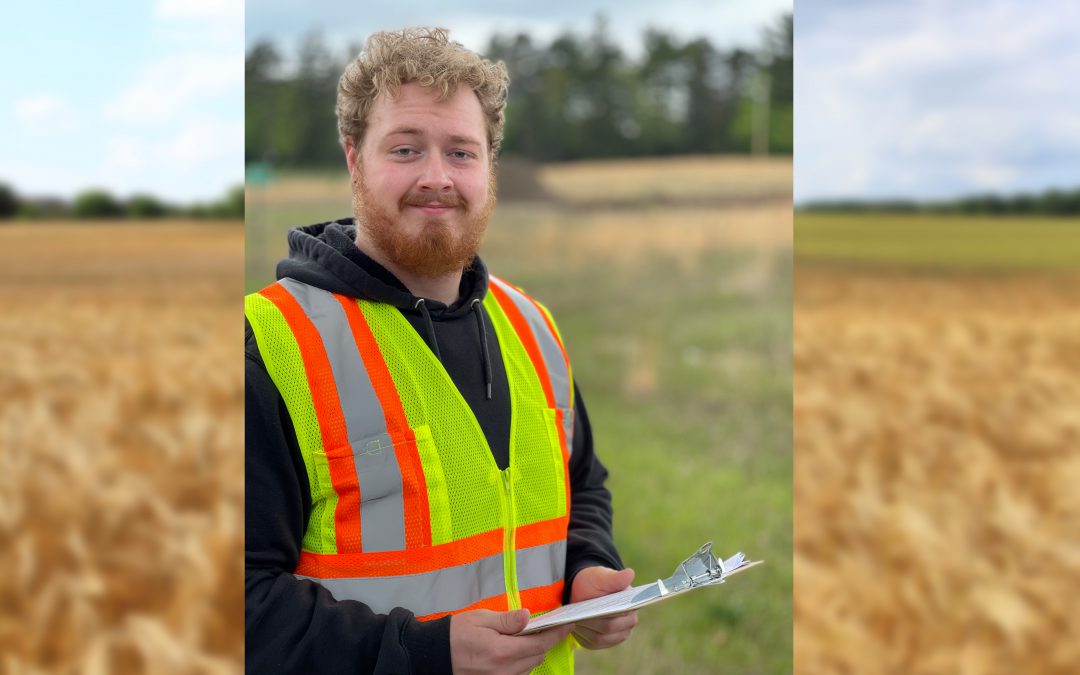 For Craig Wensmann, civil engineering combined two things he was passionate about: business and being outdoors. Now the owner of Bogart, Pederson and Associates inc. (BPA), a Becker-based land surveying and civil engineering firm, Wensmann gets to experience both on a daily basis. Through the summer internships his company provides, so do college students, eager to gain experience working in their future industry.

“Our workload has remained consistent through the year and has grown since,” Wensmann said. “2021 has now been a busy year. So, we’ve felt the need to hire a few fulltime people and a couple more interns to continue the growth of our team and to handle the extra client base that we’re building.”

This year, Colin Jones and Nate Waldorf joined the team to help with the summer workload. Both Jones and Waldorf are civil engineering majors, but the focus of their internships at BPA have taken two different paths.

Jones has spent most of his time in the office, improving his AutoCAD abilities and working closely with one of BPA’s engineers, helping him with a road sign design project. Waldorf has taken more of a surveying route, accompanying the team out to sites, learning how to operate surveying equipment and helping with section corners and staking foundation perimeters for contractors.

“There’s a lot more to the business side than I expected,” said Jones. “I’ve really enjoyed that aspect of the internship, watching Wes interact with contractors and just the things I’ve been able to work on and help with.”

Wes Davis, a Principal Engineer at BPA, explained that one of the goals of their internships is to expose students to as many different aspects of the job as they can. That includes surveying, drafting and preparing plans for approval.

“I feel like all three of those things help improve each other,” Davis said. “And having experience in all three by the time you specify what you’re going to do in the future, gives you a better understanding of how things support each other.”

Progress made by all
A few months in, and Jones and Waldorf have already learned a lot, but they’re not the only ones. “Working with interns teaches you how to better communicate what we need,” said Davis. “Sometimes you get into a groove where you just know what to expect from each other. Then you throw someone new into the mix and it’s like, okay, how can we more effectively and efficiently communicate tasks and projects to not only better [the interns] but help ourselves improve a project along its course.”

Upon reflection, Jones found that he’s improved his communication and soft skills as well. “I learned I like to talk with people,” he said fondly, “I came out of my shell here. The atmosphere relaxes me.” Jones also shared that he was pleased to see the progress he’s made with AutoCAD along with his general knowledge in the industry.

Waldorf’s source of pride is based in the projects he’s working on. “I’m accomplishing bigger jobs,” he said. “There was a million-dollar house that I staked today. It just felt good to look at how big the house was.”

BPA has hired eight interns through SciTech over the years, two of which became fulltime employees after graduation. Both Jones and Waldorf expressed their interest in staying on with the firm after their internships conclude.