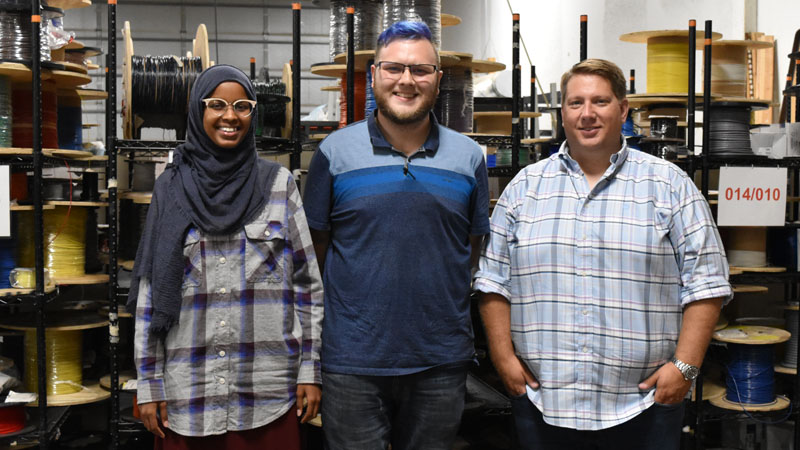 About Absolute Quality:
Absolute Quality Manufacturing (AQM) specializes in electrical distribution and custom cable assembly. From harnesses and panels to din rails and box builds, AQM supports an expansive client base, both locally and around the world.

In Minneapolis, their 38,000 square foot facility is busy with activity. With engineers designing and building turn key panels, an active assembly team at work on the floor, and what looks like miles of colorful electrical cables, there’s no room for discord.

“We tried redesigning the facility last year,” says Jason Everson, vice president at AQM. “This year we’re at it again, only this time with Casey’s designs.”

From Concept to Completion:
Casey McQuade is one of two interns hired by AQM through the SciTech Internship Program, brought on to help the company with a back log of important projects.

McQuade, a senior at St. Cloud State majoring in manufacturing engineering technology, was fortunate to see his warehouse redesign project come to fruition before his internship concluded. One of the highlights of the site visit was getting to see McQuade standing in the industrial space he designed, his original blueprints in hand. 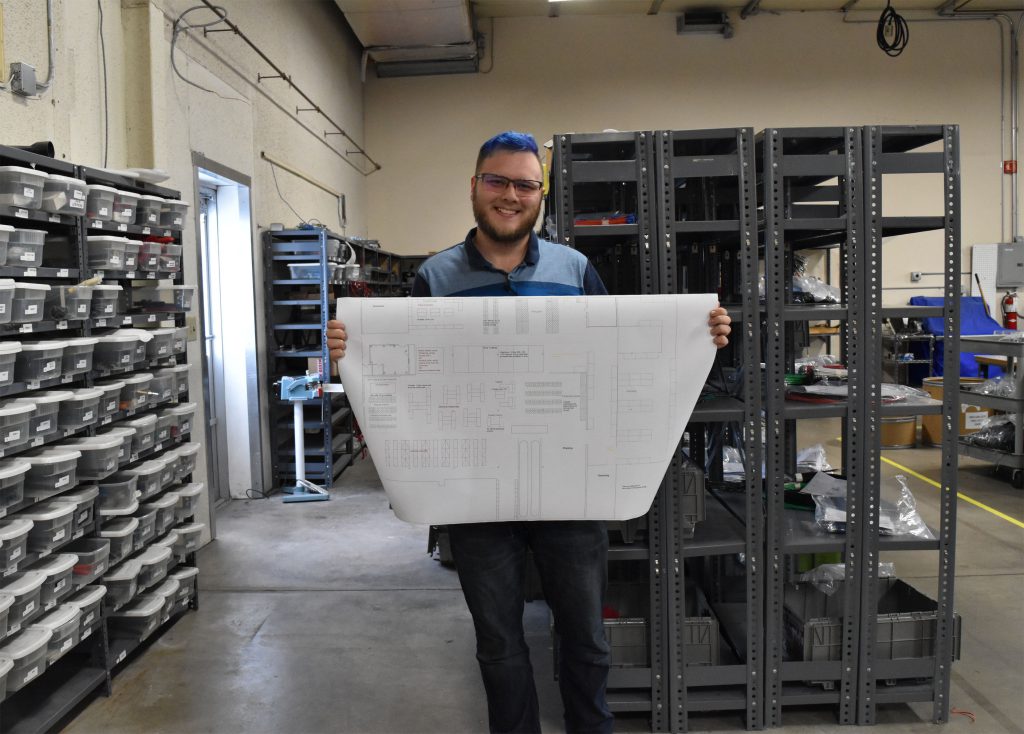 Part of the Team:
Najmo Aden is a senior at the University of Minnesota. Having switched her major from health to electrical engineering, she was eager to gain experience in her new field of study. During her time at AQM, Aden said, she primarily worked on “optimizing how we use fixtures, both on the harness board and the assembly line.”

“Najmo wanted to work in the industry,” Everson recalled. “We saw a great opportunity for her to work and support our electrical engineering staff and get experience that way.”

“One thing I really like,” said Najmo, “is the communication. When you’re in school it’s different. You come in. You’re taught. You leave. But here when you don’t know the solution you have to do a lot of brainstorming with your collogues. You have a team, you’re a part of that team, and you talk with them a lot.” 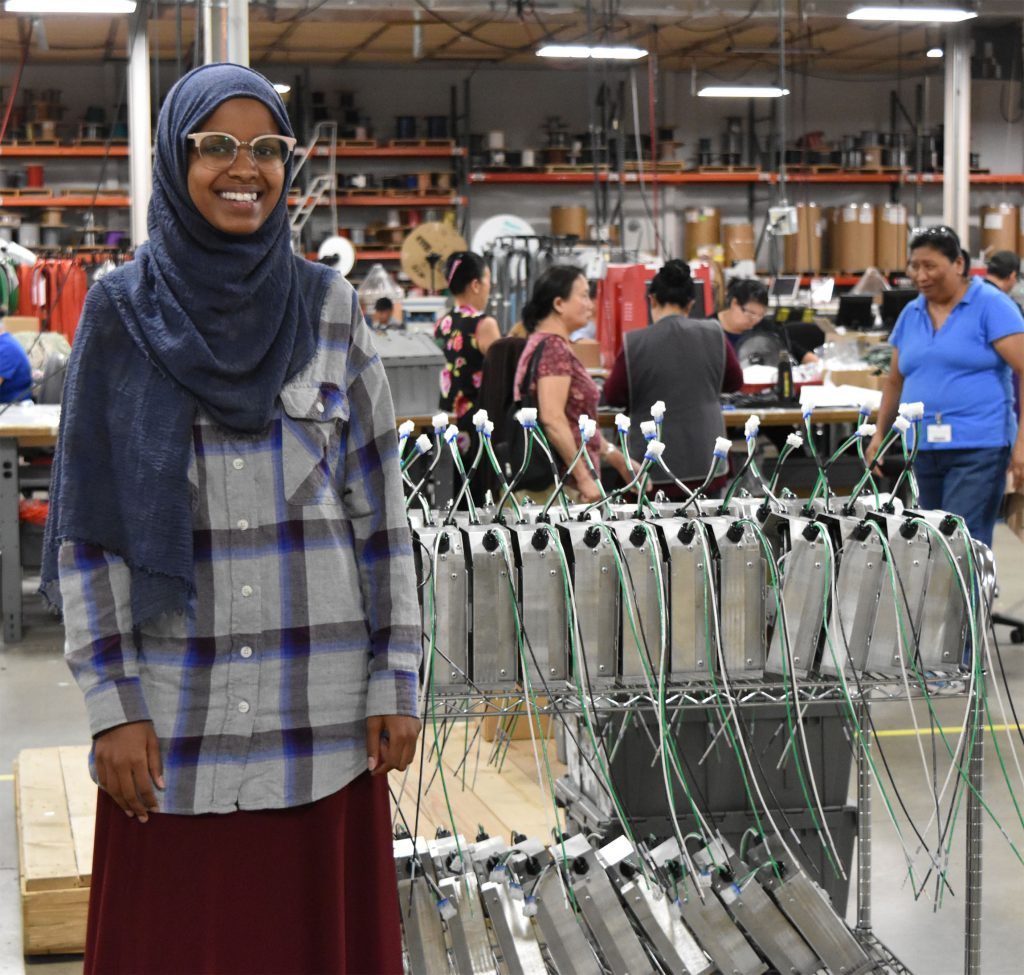