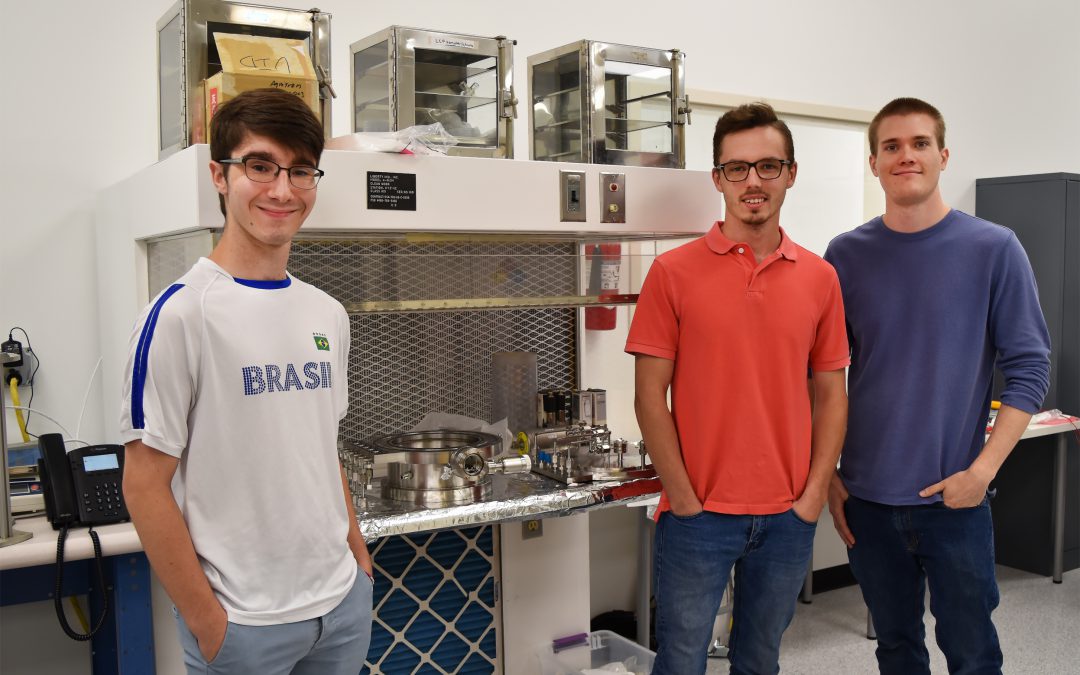 Agnitron Technology is a Chanhassen-based supplier of MOCVD systems. A MOCVD (which stands for metalorganic chemical vapor deposition) is a growth reactor, commonly used by universities, private companies and government labs. It’s worth noting that these machines are big, two of them can fill an average room. This past summer, Agnitron brought on SciTech interns Michael Carney and Andy Sorensen to help build and refurbish these massive systems.

From programming to building
Carney put his math talents to use working on Agnitron’s in-house custom software while Sorensen’s tasks were more hands-on, working on the equipment floor where he helped build the large-scale reactors.

During the interview, the team joked about how Sorensen was not only tossed into the fray and asked to learn a lot as quickly as he could, he was also pulled in a lot of different directions; helping out in different departments based on the needs of the day.

“I prefer it that way,” Sorensen said. “You learn a lot more a lot quicker. Especially working at a smaller company like this. You get to know people on a more personal level, and I like that.”

Though Carney is double majoring in mathematics and statistics at the University of Minnesota, his internship at Agnitron was primarily programming based. In the end, the change of application proved beneficial, Carney said, “the work I’m doing isn’t exactly in my field of study, but it’s still showing me how my skills can be applied.”

Why internships?
For Agnitron, hosting interns is an affordable and efficient way to build their team.

“It’s an opportunity to recruit,” said Agnitron’s Office Manager Dan Groninger. “This year we doubled our number of employees, that includes the interns.”

Sorensen said he was grateful for the practical, hands-on experience, while Carney took pleasure in the little perks that a summer internship can provide.

Get involved
This is the 9th program year for SciTech! At least 200 internship wage matches are available to small employers on a first come, first hire basis. Get started today at SciTechMN.org.