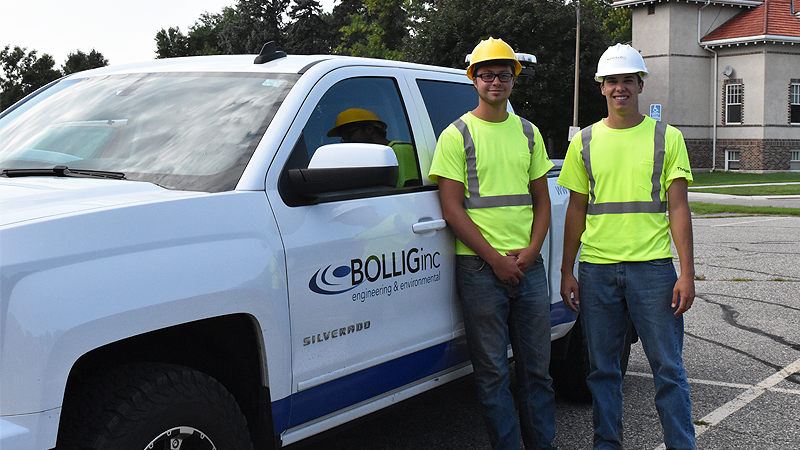 About Bollig Inc.:
Bollig Inc. is a Willmar-based engineering firm providing civil engineering for roads, highways and water treatment plants across the Midwest. Having started in 2007, the firm is still considered fairly young. But with a new second office in Sartell, Minnesota and a growing staff that now includes two SciTech interns, Bollig Inc. is on the rise.

This summer, Bollig hired interns Dakota Tjaden and Thomas Buboltz to assist with some of their field projects.

“A lot of times, our projects have multiple crews working on them,” said Chris Muller, an accountant at Bollig Inc. “So our job from an observation standpoint is to watch and be sure that the crews are building the way we’ve designed something. Dakota and Thomas did a lot of that this summer. The guys were also there help the crew out if they have any questions onsite.”

Most of Tjaden’s internship was spent out in the field, he said, working for a client that’s “replacing all of their infrastructure and doing wastewater ponds outside of town. I basically kept track of all the quantities that went into the ground, like with any paving that was done. And any time our tester would come out to take soil samples I would be out there with him.”

Buboltz’s internship at Bollig started with office work, building out quantity and cost estimate spreadsheets and occasionally working on wastewater pond calculations. From there he went to Russell, Minnesota, where he did some preliminary designs for the area’s water, wastewater and storm pipe networks, to help determine what needed to be replaced and what could remain.

Buboltz had a previous SciTech internship with Bollig the summer prior, which essentially allowed him to pick up where he left off when he returned this year.

“[Dakota and Thomas] were able to just jump right in this year, and it was awesome,” Muller said. “Our main project managers were able to take a break because they know these guys now and they trust them.”

About the interns:
Thomas Buboltz and Dakota Tjaden are both studying civil engineering at North Dakota State University. Between working with Bollig last summer to their internship with the firm now, a lot has changed from one experience to the next.

The biggest impact, Tjaden said, was that “they trusted me to make decisions for them. Now that I’ve seen it all, and I’ve seen how our office wants things done, it just goes so much smoother.”

“It’s been helpful as a future engineer to learn in the office and out in the field,” Buboltz added. “I’ve gotten to know things better and am more confident in the design work and the field work that I’m doing.” 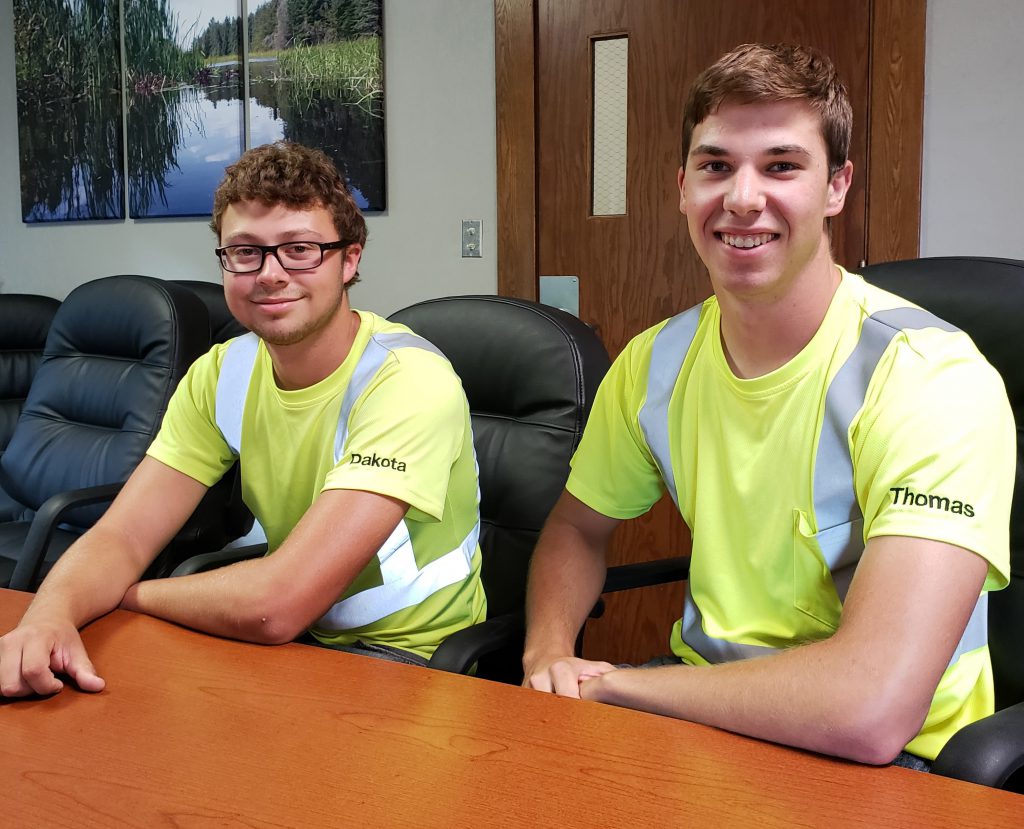 About SciTech:
The 2018-2019 program year is underway! Interested companies, employers and students curious to learn more about the SciTech Internship Program can check out SciTechmn.org and apply online. There’s no fee, and applying is easy. At least 350 wage matches are available on a first come, first hire basis between now and August 2019.