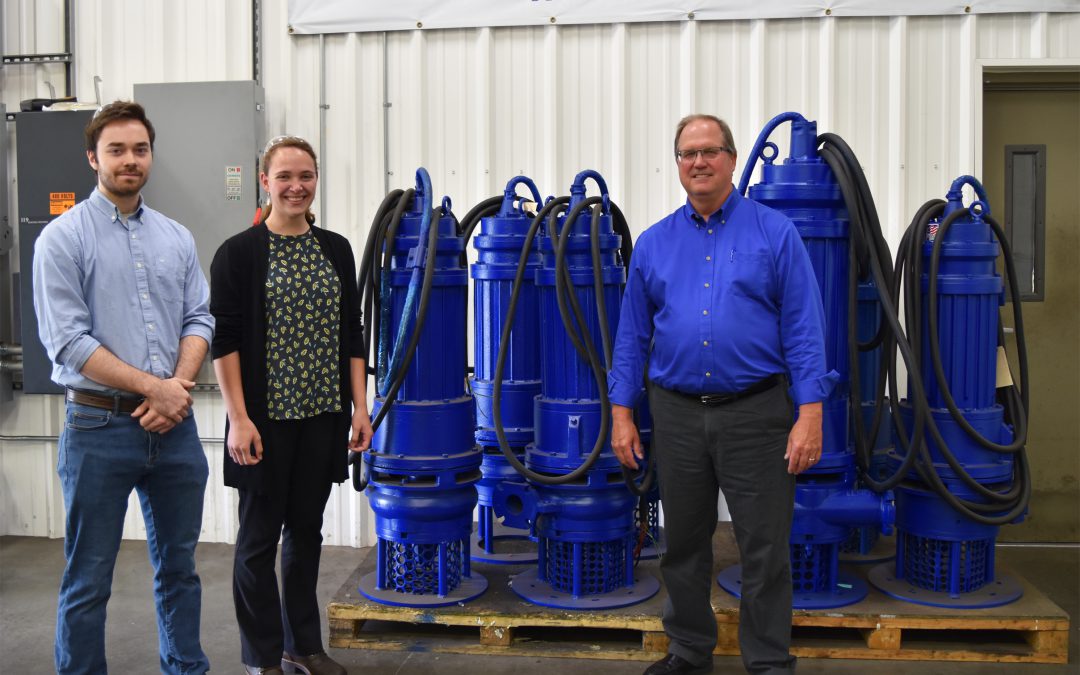 According to GPM’s Director of Engineering Terry King, their pumps operate in the “lowest and muckiest spots.” And in the world of industrial pumping, that’s something to be proud of.

Dedicated to keeping its products up to snuff, GPM relies on the added support of safety manufacturing interns to help with safety-related initiatives. This summer they welcomed Elise Strauman and Mark Stenehjem to the team.

About the Interns:
Strauman is wrapping up a dual degree in mechanical and industrial engineering at the University of Minnesota Duluth and is thinking about pursuing a master’s degree. At GPM she’s been putting her dual language skills to use by translating some of their instructional sheets into Spanish. She’s also been working with the team to improve their environmental safety regulations.

“There’s so much work that goes into that job that I just didn’t have time to do,” King said. “Elise has been a godsend, taking the ball and running with all that stuff. She’s really elevated us as far as our environmental safety goes.”

One of Strauman’s favorite challenges that she encountered on the job was learning how best to communicate the new safety procedures to the veteran engineering staff. The important thing, she said, was being respectful of their experience.

“I love engineering,” Strauman added. “But I love humans a lot more.”

Stenehjem is applying his background in mechanical engineering to the design work he’s doing for GPM. There’s been a fair amount of reverse engineering and independent research required to complete some of his tasks but, he says working that way has helped him learn to balance when to ask for help and when to figure things out on his own.

His most rewarding moment thus far was designing a pallet and showing it to the engineers who’ll be using it. “And they all liked it,” Stenehjem said. “That just feels good, knowing we’re making an impact and helping to make their lives easier.”