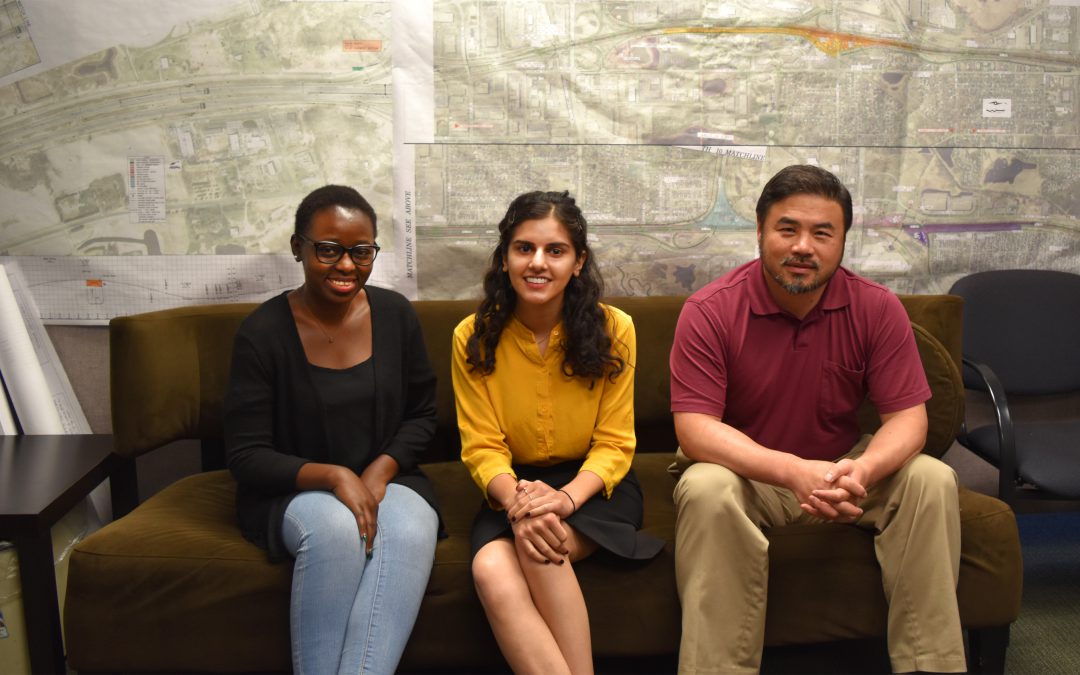 About HZ United:
HZ United is a civil engineering and environmental planning firm that specializes in water resources. The goal, says Hugh Zeng, HZ’s Principal Engineer, is to help combat climate change through improved environmental engineering. The bulk of HZ’s projects involves working with MNDoT to do just that.

This summer, help came in the form of two Civil Engineering Interns, Ayanda Ncube, and Ayesha Qureshi, which HZ United hired through the SciTech Internship Program.

About the interns:
Ncube signed up for SciTech at the Century College career fair where she recently graduated with an associate’s degree in Science Engineering. Under HZ’s guidance, she received valuable instruction that helped improve her AutoCAD skills, which were then put to the test while assisting the HZ engineering team with real-world projects, including an affordable alternative to help fix the drainage issues by the airport and the Mall of America.

“They give us so much responsibility,” Ncube said. “And sometimes it’s like, ‘I can’t believe they trust me with this.’”

Qureshi, a Bioproducts and Biosystems Engineering major at the University of Minnesota, assisted Zeng and his team with various culvert designs for water storage. She also got the chance to work on HZ’s I-90 utilities project, communicating with some of the utilities owners about what HZ felt should stay and what should change.

The exposure she received while working on projects that -she admitted, seemed a little dull at first- later left her “starry eyed…once you realize how cool they are.”

At the end of their internship, both Ncube and Qureshi are walking away with improved AutoCAD abilities, stronger resumes and a few real-life environmental projects under their belts, all while having helped HZ with its busy workload.