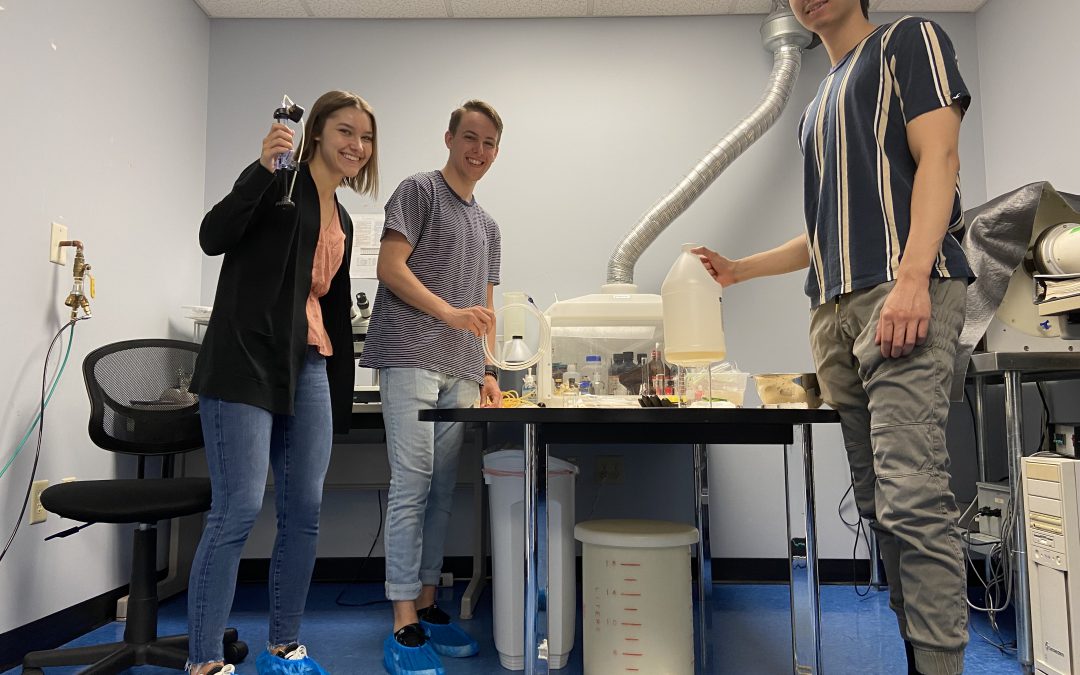 ​About the company:
Based in St. Paul, Minnesota, InSitu Technologies Inc. is a medical device company, specializing in covered stents and other cardiovascular products. For the last three to five years, the team at InSitu have been developing a handful of projects as they prepare for FDA approval. To accomplish this as efficiently as possible, InSitu’s President Amjad Ahmad has hired quality assurance, engineering and biomedical interns through the SciTech Program.

“As a small company, our resources are limited. Hiring engineers costs a lot of money,” Ahmad explained. “So we try to break up our projects and give smaller tasks to [the interns].”

SciTech, a free, state funded program, not only connects small business owners like Ahmad to a diverse talent pool of college STEM majors but it also reimburses them for half of the students’ wages (up to $2,500 per intern).

Now having hosted internships through SciTech since 2017, Ahmad has had several years to fine-tuned his approach to mentorship.

“My style is more of a leader, than a manager,” Ahmad said. “I don’t believe in managing, I believe in leading. So, I train them and give them the data and let them decide which way to go. They need to develop the skill of managing their own time and accomplishing their task in a timely manner.”

While working with InSitu, Anderson has helped calibrate the instruments and equipment while learning more about manufacturing R&D. Bleick has assisted with quality assurance, conducting data analysis and risk management. Chea has been working with product manufacturing and stent production in the clean room.

As varied as their internships have been at InSitu, each student developed equally unique skillsets and takeaways.

“My internship experience has been very hands on and that’s something I really enjoy,” Chea said. “It’s like being in lab at school but I’m getting paid to do it. That’s been fun and I really like it.”

“I’ve always been pretty bad at trying new things, it’s always made me very stressed,” Bleick admitted. “But I’ve had to try a lot of new things here and I’ve been very encouraged to do so. That’s been the biggest thing for me, they encourage me to try something, even if I get it wrong. So becoming more comfortable trying new things has been very good for me.”

“There are two routes that you can take with engineering,” said Anderson. “There’s the quality and research side or the hands-on side. With this internship, I’ve been able to partake in both sides but I’ve really found a passion for the hands-on R&D and manufacturing process.”

Soon their internships will come to an end. Chea is planning to get a new internship in the realm of renewable energy. Bleick is pursuing her master’s degree and hopes to continue working with InSitu part time, while Anderson is considering a full time position at InSitu after graduation.