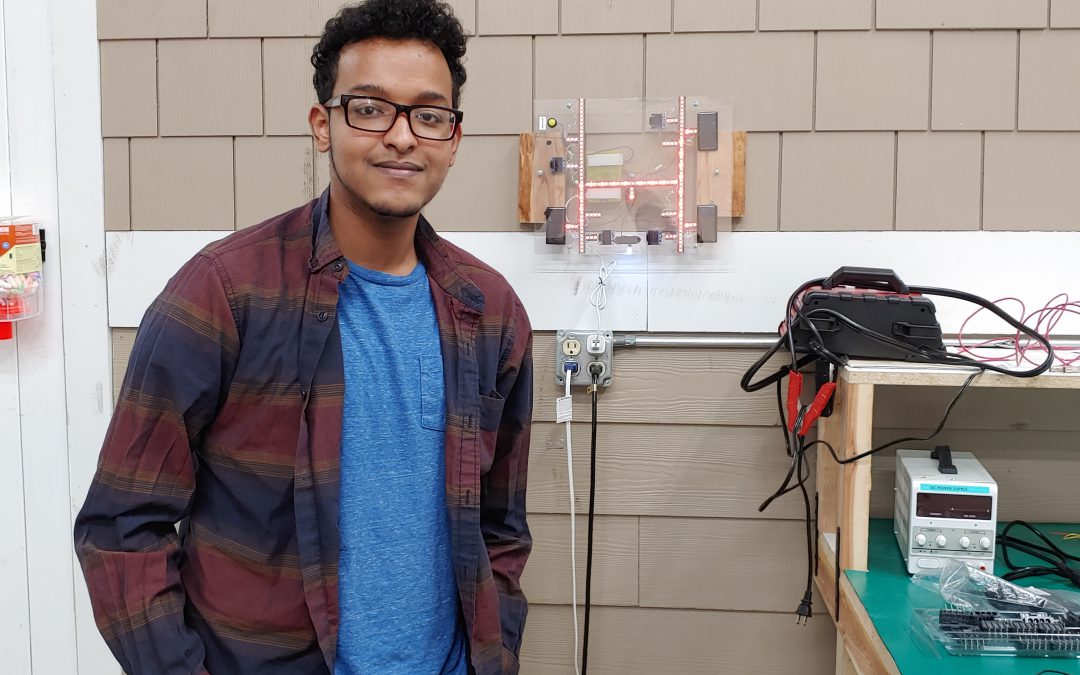 About the company:
Scott Tracy was taking part in an SBIR accelerator when he was first introduced to the SciTech Internship program.

Tracy is the COO of Renew Power Systems, Inc. (RPSi), a renewable energy startup that commercializes and develops tech for more autonomous microgrids. The idea is to “stack” renewable energy systems from a variety of sources to efficiently store and distribute the power through a common network.

“Our team has a strong academic tie, particularly to the University of St. Thomas,” Tracy continued, “and there was a sense that we could offer an internship that was fairly well-structured in terms of a learning environment while also bringing on an individual who had either a basic skill set or some of the forward-looking skills that we might need to help us with our technology development.”

Meet the intern:
Mahamud Hussein is an Electrical Engineering and Physics major at the University of St. Thomas. Hired through SciTech, Hussein’s RPSi internship took on a hybrid format, working both remote and in the office.

“I definitely like the versatility of it,” Hussein said, especially since his commute is roughly 30 to 40 minutes each way. Not always working in the office meant improving his soft skills as well, and by actively communicating with Tracy and other engineers, Hussein was able to make a great impression.

“I really give Mahamud a lot of credit for his willingness to reach out and participate with us,” Tracy said. “Finding ways to work with the team and having him be a partner in that process was very important for us.”

Recently, Hussein has been working on a solar research project, though he’s also assisted with some software modeling and testing for one of RPSi’s prototypes.

“Just the satisfaction of finally building the hardware and getting it to work is what I like about working here,” Hussein said.  “I’ve enjoyed the experience and would encourage other students to look into interning through SciTech. It’s definitely a good experience and I’ve learned a lot by being a part of it.”