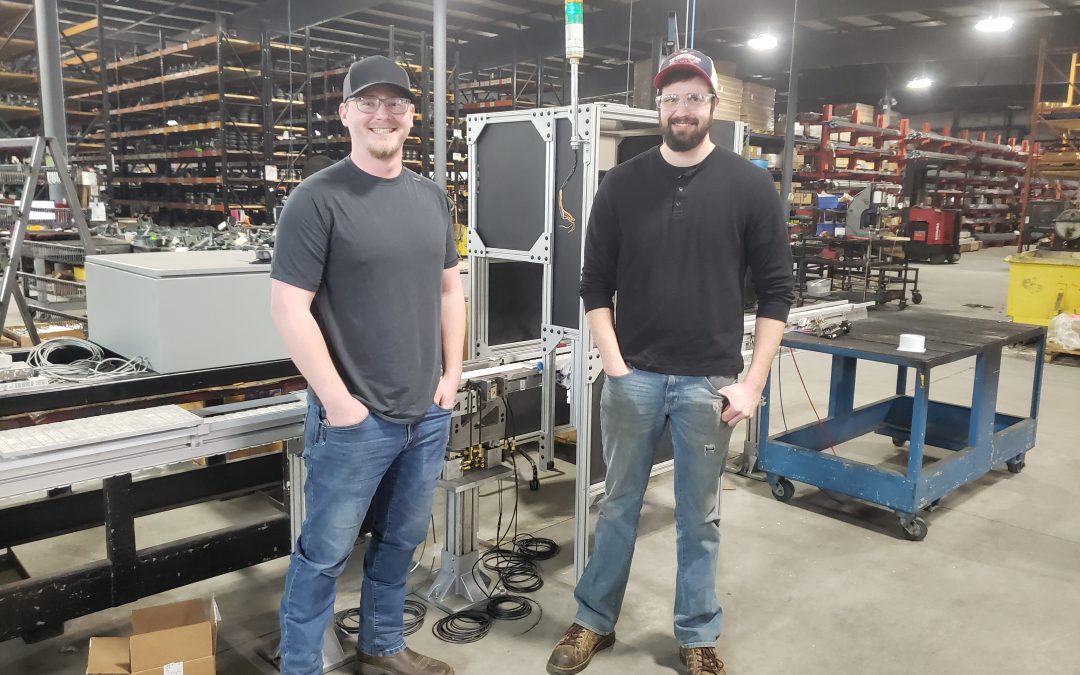 There was a time when Ryan Gronlund worked in a warehouse, lifting and moving boxes. Today, he’s studying Automation and Robotic Systems Technology at Central Lakes College with the intention of someday programing robots to do all the heavy lifting for him.

This spring, Gronlund got the opportunity to develop his robotics abilities on the job, with a robotics/ mechatronics internship at Kit Masters, a manufacturer for the trucking industry based in Perham, Minnesota. More and more, the team at Kit Masters are finding new ways to incorporate automation into their production process and they’re relying on SciTech interns, old and new, to help them do it. 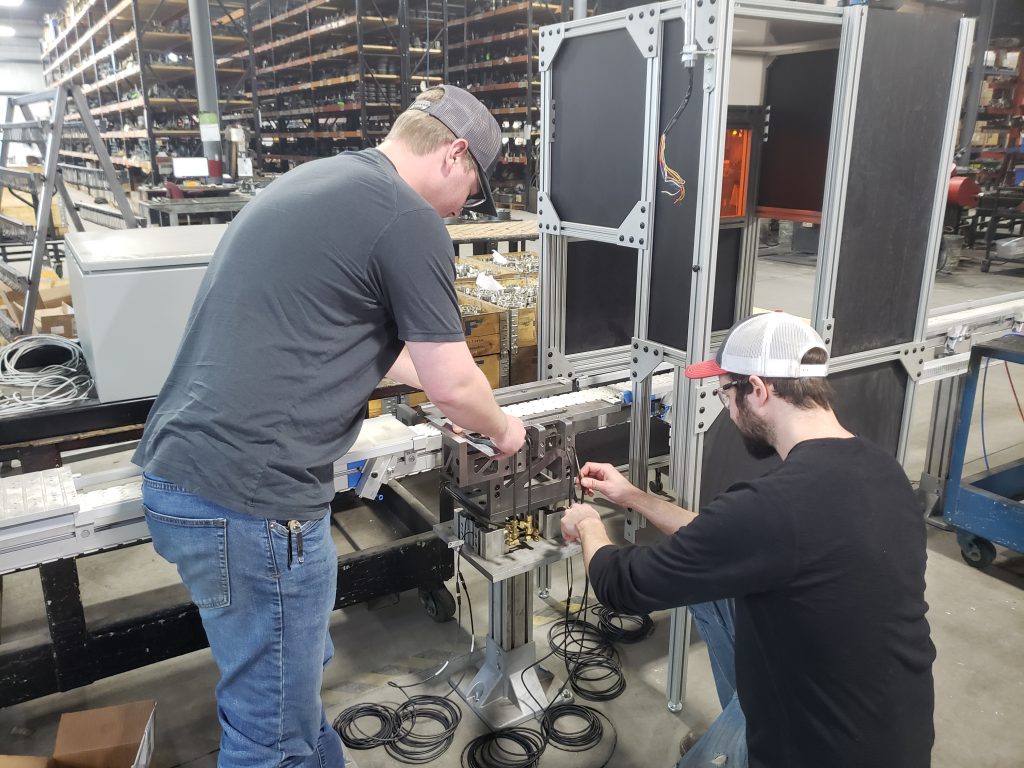 The legacy of interns
Gronlund’s mentor during his internship is Taylor Ericksrud, who started at Kit Masters as a SciTech manufacturing/ engineering intern in 2018. Ericksrud is new to mentoring but drawing from his own experiences has certainly helped.

“You know, it’s still early on but it’s been good,” Ericksrud said, “And I think, being an intern more recently has helped because I can relate to what it feels like to be a little bit lost.”

With Ericksrud’s guidance, Gronlund is working on an assortment of different projects. So far, he’s assisted with a laser system, performed troubleshooting for an automation program and helped with a handful of random tasks as the needs arise.

While Kit Masters likes to diversify their interns’ duties to expose them to a variety of experiences, they also assign each student an overarching “Legacy Project,” something they can see from start to finish. Gronlund’s Legacy Project will involve updating one of Kit Master’s assembly robots. The bot is designed to apply a masking fluid to a part during production. Unfortunately, the bot isn’t as efficient as Kit Masters would like and currently requires an operator to be present 80 percent of the time. It’s Gronlund’s job to increase the bot’s automation and reduce operator time to 10 percent.

“Something I’ve really wanted to dive into since I got here is reworking that existing program,” said Gronlund. “In my interview they made it sound like it was such a headache and it is, after looking at it, but I want to take a stab at it and see if I can figure something out.”

Why interns?
Kit Masters enrolled with SciTech in 2014 and have hired more than a dozen interns since then. As a small company in Greater Minnesota, there are a lot of benefits to this decision.

“One thing I’ve learned about interns is they always have a good attitude toward projects,” Ericksrud said. “They’re willing to try and they want to learn. And that’s something that can be learned from them, that you shouldn’t lose that attitude.”

“In general with interns, it’s a nice interview process for both the student and the company to know if it’s a good fit,” added Dan Huwe, an Engineering Manager at Kit Masters. “From an internship standpoint, a lot of these focuses have disciplines inside of them so with the multi-exposure [Ryan] may find that he likes robots or he may lean more toward the PLC side of things. It’s a good way to decide if there’s one thing you like more than the other.”

Gronlund still has a way to go at Kit Masters, and many more areas to explore, but so far things are off to a very good start and he can see himself working at Kit Masters fulltime after graduation. Said Gronlund, “I’ve enjoyed it quite a bit. It’s only week three but it’s been a good experience so far.”

Get involved
Make an impact on a future STEM professional’s life and strengthen your talent pipeline. Start planning your internship today at scitechmn.org. At least 70 wage matches are available on a first come, first hire basis between now and August 2021.