Interns Go from Trainee to Trainer at Moore Engineering 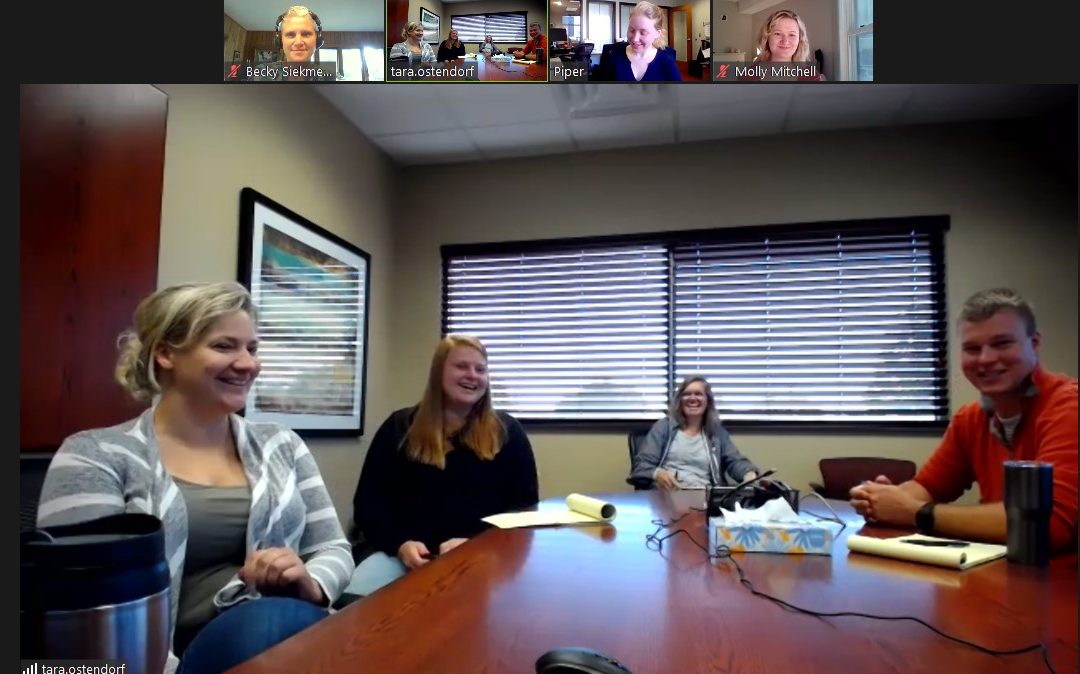 Although they’ve been in the civil engineering and water resources business for 61 years, Moore Engineering Inc is still finding new ways to improve and expand their capabilities. The St. Cloud-based company is currently developing their new environmental services department while managing a constant flow of wetland permitting projects. To help in both these areas, Moore hired two environmental science interns through the SciTech Program and welcomed them to their team.

“From [last] May, when they started to today, it’s night and day for how much they’ve grown,” said Amy Denz, an Environmental Group Leader at Moore. “Now they’re taking tasks and running with them. They’ve become really valuable team players.”

Kelsey Kline, an environmental science major at the University of Minnesota, Duluth, and Luke Henderson, a biological sciences major at St. Cloud State University, did a lot of growing during their internship at Moore; so much so, that by the end of it they were the ones who trained the company’s newest hire. Henderson even stayed on past his internship’s end date to oversee the training to completion.

Room to grow together
“A successful internship means that you’re given an opportunity to learn a lot of new things,” said Tara Ostendorf, a project coordinator at Moore. “If you’re allowed to dabble in different areas of the company, that’s more beneficial.” With everything Kline and Henderson experienced over the summer, it’s fairly safe to say their internships were indeed a success.

Kline helped with a parks and trails project for the city of Braham and surveyed storm water plans for St. Augusta. Henderson learned a lot about the legal process involved with civil engineering, improved his documentation and data collection skills and worked closely with one of Moore’s engineers to map out a sanitary system for Braham.

“At this internship, I’d say I’ve learned a lot more and done more things similar to what I’ll do in my future career,” Kline said.

And in the end, much of this success not only came from the opportunities they were given, but the support they found with one another.

“Without the [SciTech] program, we would not be able to have two interns,” Denz explained. “They could share knowledge with each other and worked really well together. It resulted in a better experience for all of us, and that was really helpful.”

Get involved
Make an impact on a future STEM professional’s life and strengthen your talent pipeline. Start planning your internship today at scitechmn.org. At least 120 wage matches are available on a first come, first hire basis between now and August 2021.