Helping Jr. Developers Break into Industry with Software for Good 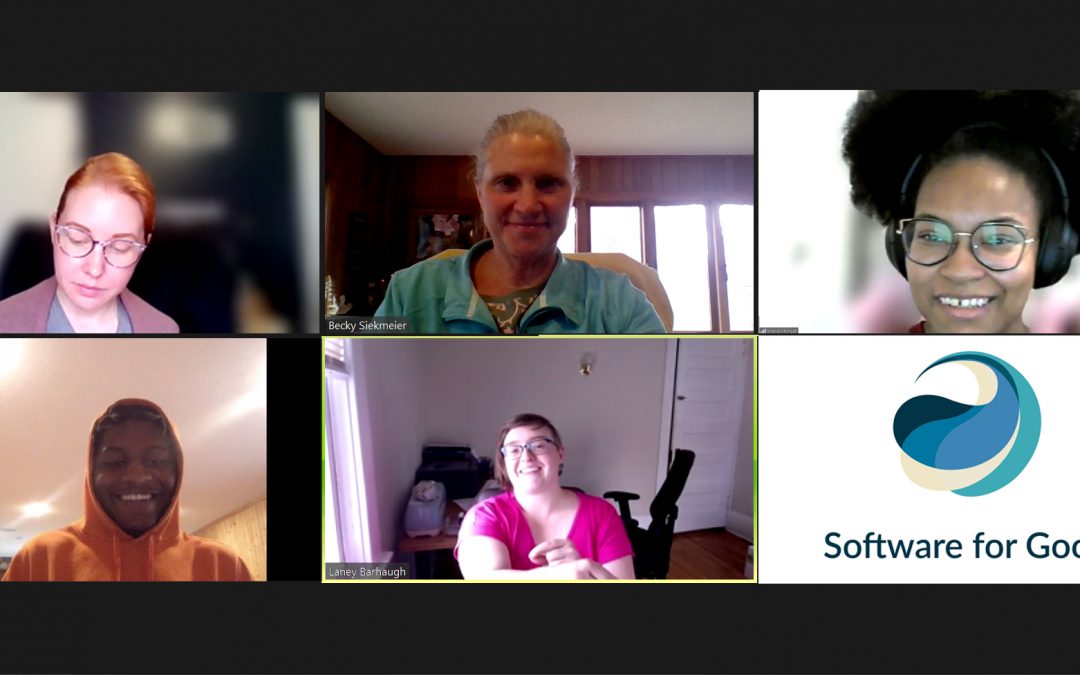 “The market is rough right now,” Barhaugh said, “especially as a young person and especially for junior developers. It’s hard to break into the industry. A lot of the postings you’ll see will say they want three to five years of experience. So we’re just trying to bridge that gap a little.”

The source code of inspiration
When Asangwe’s father, a professor back in Cameroon, saw that his son had a knack for computers when he was only six, he encouraged him to, “see how far you can go and see how far it can take you.” Asangwe took that to heart, pursuing his degree here in Minnesota and striving to become a full stack web developer. Someday, he said, he hopes to have a managerial role so he can help mentor the next wave of junior developers in return.

Morgan attended a STEM camp when she was a kid which helped spark her interest in engineering and tech. “That lead me down the path of computer science,” she recalled. “I knew I wanted to do something in engineering where I could create something. Specifically, I want to pursue something in web development, front end, or full stack.”

Both interns were given the opportunity to test their limits and contribute creatively this spring while working on a Software for Good client project: developing a quiz application for a STEM team and the Science Museum of Minnesota.

Coding and learning
Asangwe created and populated the data base while Morgan learned and implemented Ruby on Rails to build out the backend, while also using React to construct the frontend.

“This experience has taught us not only how to build something but how to code correctly and efficiently,” Asangwe said. “While we’re working on something, we’ll push it out to a mentor where we get a lot of feedback. From that feedback we use it and apply it to make the application better. I’d definitely say that’s the biggest takeaway for me.”

“I was researching a function to connect the backend of the code to the frontend. I was overwhelmed by that at first because I thought it was this huge undertaking,” Morgan recalled. “But then, after it worked, I realized that it was easy. That was a moment I was proud of.”

Farewell imposter syndrome
Looking back on their internship at Software for Good, both Asangwe and Morgan reflected on how much they learned and their wish that they could stay longer.

“If you had told me I would come out of this being able to write top level code and really see it created, I would have said ‘no way,’” Asangwe said fondly. “This internship has really proven to me that I can do it.”