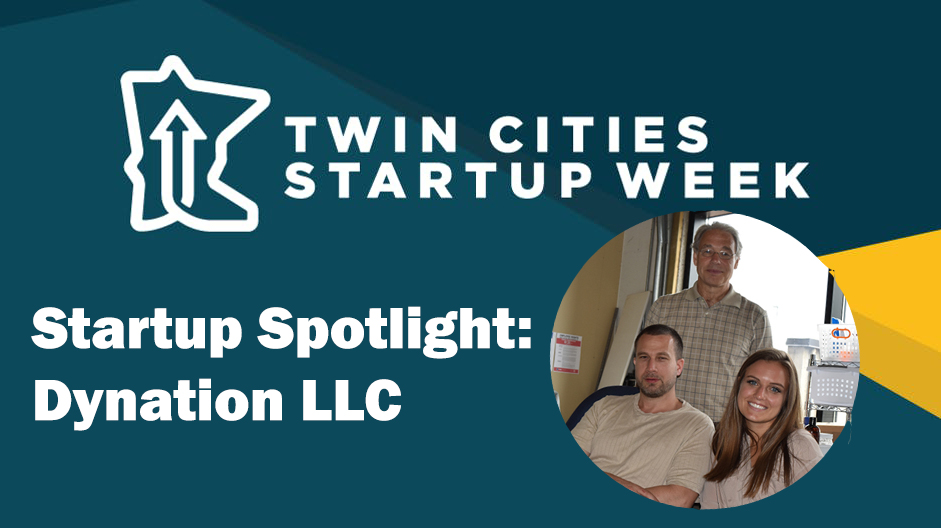 Happy Startup Week! In commemoration of one of the BIGGEST entrepreneurial events in Minnesota, SciTech is dedicating its Monday, Wednesday and Friday blogs this week to highlighting some of our SciTech startup champions. All featured companies are Minnesota startups that have benefited from the SciTech Internship Program.

As part of its dedication to supporting Minnesota’s thriving startup community, SciTech helps ambitious entrepreneurs connect with and hire STEM interns. By providing access to an exclusive talent pool and reimbursing the employer for half the interns wages, SciTech is doing its part to make the startup experience a little easier.

One such startup to benefit from SciTech is Dynation LLC and its founder Dr. Eric Morrison, who left the fortune 500 scene to develop a unique topical treatment with the help of MN-SBIR and a couple of SciTech Interns.

SciTech interns help develop topical treatment for Osteoarthritis
Dynation LLC, a startup company based in St. Paul at the University Enterprise Labs, is researching and developing a new topical treatment for Osteoarthritis (OA).  The treatment is a novel nanoparticle called a lipoleosome for transdermal (through the skin) delivery of ibuprofen to treat OA.  The ability to deliver ibuprofen selectively to parts of the body that need medication to reduce pain and inflammation is a critical medical need particularly for patients who are unable to take drugs orally to avoid stomach problems.

Advancing innovation takes a village
After a long and successful career in large corporate research and development labs (3M, Samsung Electronics, Ecolab and Imation), Dr. Eric Morrison, Founder and CEO, Dynation, LLC, embarked on a journey to advance the science of transdermal drug delivery technology. In 2017, he was competitively awarded a $225,000 grant from the National Science Foundation’s Small Business Innovation Research (SBIR) program to research and develop a novel lipoleosome; a new type of liposome (a vehicle for drugs) with a much greater carrying capacity for drugs.  The project was supported through the expert guidance and assistance of Pat Dillon, director, MN-SBIR and the expert scientific expertise and resources at the University of Minnesota, Colleges of Science and Engineering and Pharmacy to include the Department of Chemical Engineering, Chemistry, the Hormel Institute and the Minnesota Nano Center.

“The SciTech interns have enabled this project to accomplish several key aspects of the project’s research goals and outcomes,” said Pat Dillon.

The interns benefitted from working on the project as well. “I really learned a lot from this project; from HPLC to characterization and using real world lab techniques, and the guidance from Dr. Morrison has been great,” said Nelson.

Schmidt added, “Working at the Minnesota Nano Center, I had the opportunity to work with new tools and to learn new ways and methods of characterization.”

Dr. Morrison wasn’t initially considering interns for the project, but said, “Pat told me I need to do this. I am so glad I did.  I wanted interns who were flexible and assertive.  Both Leah and Doug did exactly that.  They did a great job!”