The Family that Codes Together: Interning with Modern Logic 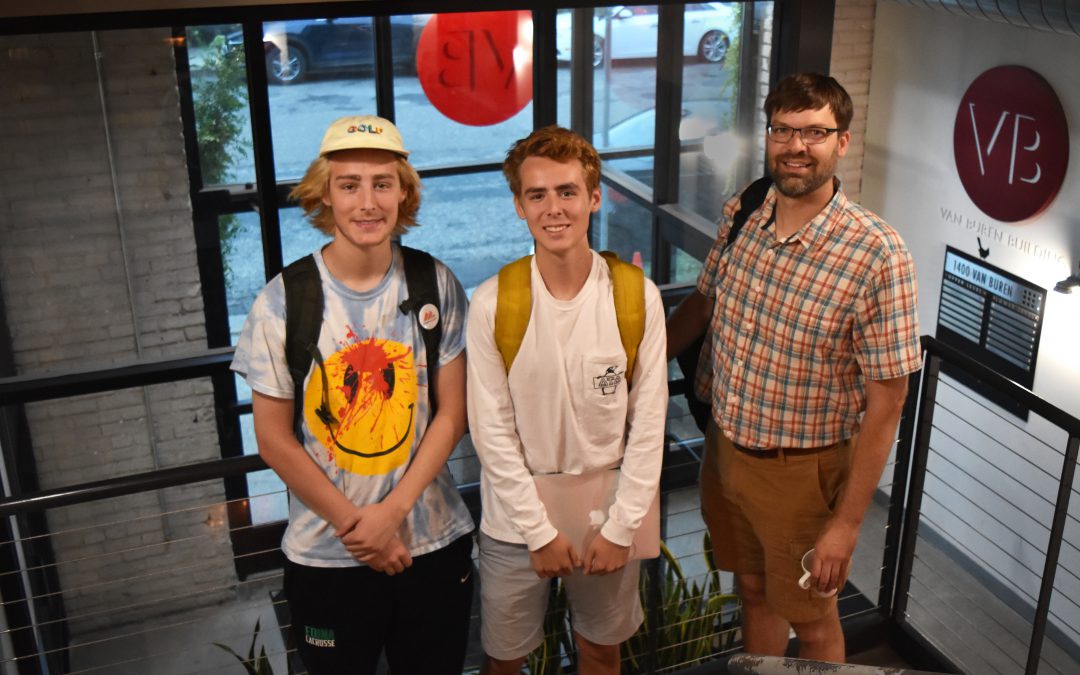 Jonah and Noah Calvo are brothers, both pursuing computer science degrees at the University of Minnesota. Their interest in computers and coding, they say, stems from their father.

“Our dad drew us in,” Noah explained. “And we were both pretty good at math in high school, so it was sort of like a calling for us.”

“We were also really into videogames,” added Jonah, which inspired them to pursue programming outside of school as well, going to coding camps and dabbling in game design.

This summer, they took their interest to the next level and stepped into the professional arena when they both secured software internships at Modern Logic.

Andrew Rahn, the principle developer at Modern Logic, came to the company after having worked on the initial development team for Adobe Lightroom.  Going from a large corporate setting to a small consulting firm, Rahn acknowledged both the creative liberties and workforce constraints that come with such a change.

“When serving startups,” he said, “we need to be really efficient. We can’t take risks on new hires. Even an intern for the summer, that’s an added expense.”

So when the need arose to build their workforce, Rahn and his team looked to the SciTech Internship Program where they found qualified talent at half the price.

“Not only is [SciTech] giving these great young men an opportunity, but it’s helping our company as well. The applicants we received through the program were really impressive. I’m definitely going to do this next year,” Rahn said.

On the job
Noah started off by learning to program in SQL. This allowed him to organize data and build graphs for an android dating app that Modern Logic is developing.

“That was a good introduction to the company,” Noah recalled. “And it was easier than jumping right in and coding apps because, I had never done that before.”

Noah then moved on to developing front end displays; designing and building screens, buttons and making sure everything worked together within the app itself.

Jonah worked with screens as well. His job was essentially ensuring that the apps were interactive and laid out correctly according to the wire frames he was given. Over the span of his internship, Jonah branched out into more advanced screen features, experimenting with collapsible lists and progress bars.

When he was excited about a screen that he’d finished, Jonah would send it to his friends. One of these shares came after he completed a screen with a video recording feature.

“That took me forever,” he recalled, “and I was really proud when it was done, because I was like, I can build Snapchat now, I’m ready.”

The client wanted a full-screen video player. It took a full day of testing, but Jonah stuck to it and finally got it to work.

“And he nailed it!” Rahn said excitedly. “That was one of those times where I wasn’t micromanaging. I gave him a lot of rope, and he could either hang himself or figure it out. And the day he showed me, he was so proud. And it was epic! It totally worked.”

Family support
That level of energy and support is contagious, and it made these internship what they were. For Noah, he found that support in both his boss and his brother. When he needed help with something, he asked Jonah.

“It’s super great not having to worry about whether I’m annoying him if I keep asking questions because, it’s like, who cares if you’re annoying your brother, we annoy each other all the time. But yeah, it’s been great,” Noah said, adding, “Jonah and Andy are the reason I’ve learned so much this summer.”

“I think my dad is pretty happy that we’re both working here,” Noah concluded. “I don’t think he knows how much I’ve learned, but if he did, he’d be even more proud.”

Are you a returning SciTech student? Send your current transcript to SciTechMN@mhta.org to reactivate your account. Winter internships are available now.