The Future of Machining: An Internship with 3-D CNC 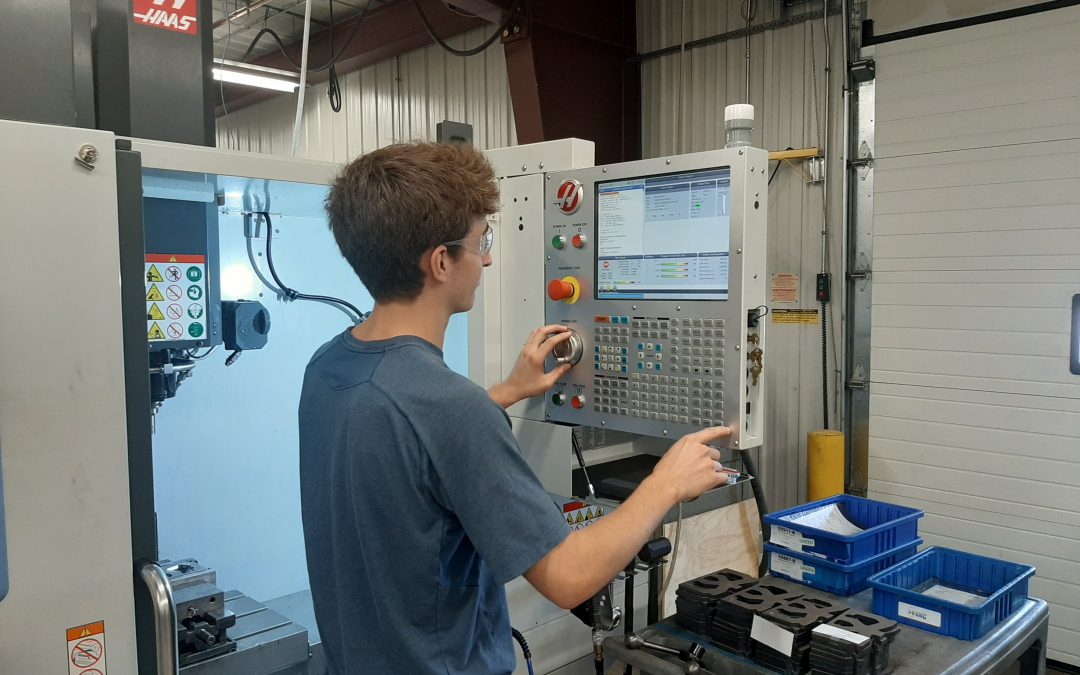 Around the time that Covid hit, business actually increased for 3-D CNC Inc. Their company expanded, more contracts came in to get products made before the shutdown, and they underwent some internal development. This small precision machine shop in Hutchinson, Minnesota decided it was time to upgrade their tech which meant doubling their VMC capabilities. Having more sophisticated machinery required bringing in and training higher level machinists, specifically individuals with programming capabilities and an interest in learning.

Jacob Albers, a machine tool technology major from Ridgewater College, proved that he had all the qualities 3-D CNC was looking for along with the ambition they needed.

“Just in the short time that we’ve had him, Jacob has really caught on and even takes projects home to continue working on them,” said Kevin Remus, a project manager at 3-D CNC.

For many years, the company has maintained a steady pipeline with Ridgewater and they rely on the inflow of new talent like Albers to strengthen their workforce and stay ahead of the curve with new innovations. Hiring their interns through the SciTech Program also helps relieve the financial burden of making sure the students are paid what they deserve.

“We want to teach our interns about the industry and prepare them to work here fulltime,” Remus said.

Additive machining
One industry trend that 3-D CNC has adopted in recent years is something akin to their namesake: 3D printing.

“The world is moving toward additive machining and creating opportunities that can be a complement to our subtractive machining business,” Remus explained. What this partially means is that in order to machine a part, instead of cutting it out of a larger piece of metal, the piece would be constructed from smaller materials, or “printed.”

Albers bought his own 3D printer a year ago and often spends his free time experimenting with it at home. Being able to draw from that experience when programming the large-scale jobs into the machines at 3-D CNC certainly came in handy.

“They want their machinists to be able to program and learn,” Albers said. “Before I started, I thought I would just be the guy running the machine, not necessarily doing the programming. But programming is actually something that I’m super interested in so that was a huge bonus for me […] I learned that there’s a lot more that goes into it. It’s pretty complicated. But I really do want to learn and get good at it because it’s one of my favorite things to do.”

After Albers spent a little time familiarizing himself with the machine he’d be working on, he took on more responsibility and started setting up his own jobs that he could then see from start to completion, one of which involved machining components that are used in low earth orbiting satellites.

“They’re probably one of my favorite parts,” Albers said. “They’re just cool to look at and there’s a lot that goes into machining them. When they come out, it’s a good feeling knowing that you did something right.”