Where are They Now with Engineering Manager Sam Somrock 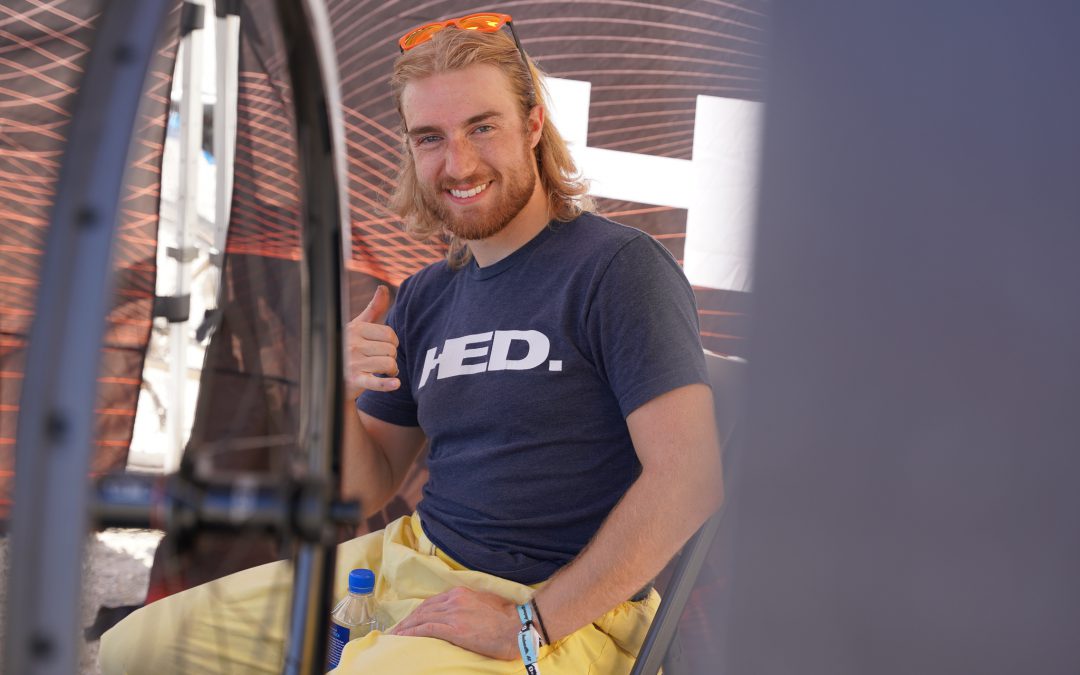 Four years ago, Sam Somrock was a mechanical design and engineering intern at HED Cycling, still only a junior in college, taking his first steps into a professional environment. Today, he’s HED’s Engineering Manager and the youngest member of their leadership team. Somrock’s journey from entry level to managerial involved an impressive variety of experiences, everything from writing code for an aviation company in Bemidji, Minnesota, to developing heat shield technology for SpaceX in Brownsville, Texas.

As an alumnus of the SciTech Internship Program, Somrock was kind enough to speak with us, share his experiences and explore how his time as an intern helped get him where he is now.

Welcome to the real-world
Somrock’s initial interaction with HED Cycling was also his introduction to the cycling industry. Based in Roseville, Minnesota, HED designs and manufactures carbon fiber bicycle wheels, designed to be more lightweight and aerodynamic.

In addition to finding a fun company atmosphere with a team passionate about their trade, Somrock was given the opportunity to grow his skill set in a real-world environment. That first SciTech internship focused on mechanical design with a lot of small projects that involved electrical engineering, 3D printing and his first exposure to working with CAD.

A gigantic project
The following summer, Somrock secured his second internship through SciTech, this time at Aircorps Aviation, a small aerospace company specializing in the restoration, maintenance, and rebuilding of vintage WWII aircraft.

There he developed an entirely new set of skills, focusing this time on production orientation and the heat treatment of aluminum alloys. Somrock had the opportunity to start an automation project for a hydraulic press though most of his time was spent developing a user interface (UI) for one of Aircorps’ internal systems.

Somrock and a fellow intern decided to use Python and programed an entire user interface over the course of the summer. “That was a gigantic project,” he recalled. “It involved quite a lot of code manipulation. I didn’t have a ton of Python experience from my university, but this was a great way to expand that skillset.”

Shields in space
Somrock’s time at SpaceX was a chance to “put all my skills to the test.” As a contract to hire, he did everything from working with robotics to documentation. The biggest task, however, was working with the heat shield integration team, responsible for taking the heat shield’s design and applying it to the actual rockets to physically protect the crafts when exiting and entering earth’s atmosphere.

“I think it’s crazy to know that I had a hand in that,” Somrock said. “It’s validating to know that the work I did will go into space every single time, unless they completely revamp their heat shield system.”

“It was a great atmosphere for that,” Somrock recalled. “Constantly working on my communication, which is something I’m still doing, is hyper critical to develop some of these relationships.” Relationships that, as it turned out, would help him secure his current fulltime position.

Once Somrock’s contract with SpaceX concluded, he reached out to Anne Hed, HED Cycling’s CEO, to inquire about open positions. Thanks in part to the strong connections he’d made at the company, Somrock was welcomed back, this time as a Manufacturing and Design Engineer in charge of process optimization, CAD design and documentation. After a few months in this position, a leadership opportunity opened up and, with the encouragement of HED’s CEO and COO, he applied.

Being an Engineering Manager, responsible for overseeing a team and building out a department, Somrock said, “is quite an amazing challenge somedays, and I’m really fortunate for it because I’m learning so much, day after day.” 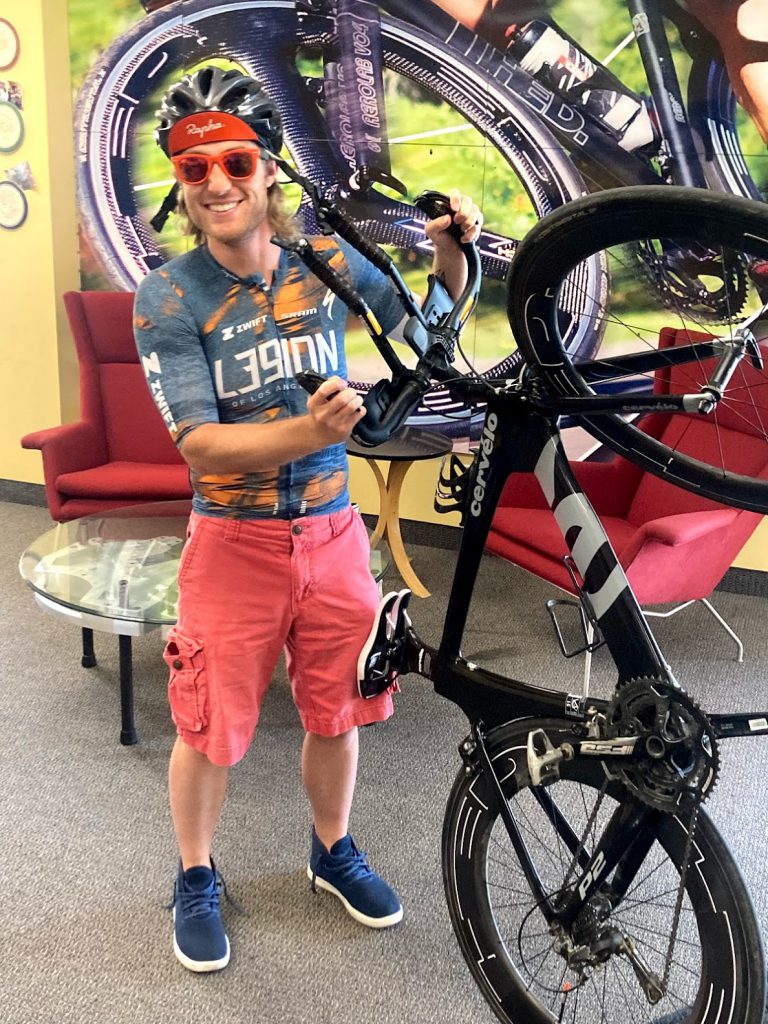 When internships come full cycle
In need of some extra assistance, Somrock decided to return to SciTech, this time as an employer looking to hire a new intern for the summer.

Pulling from his positive internship experience, Somrock said, “I’m excited to bring another person into that environment. I’m hoping to create something with my team that can facilitate a lot of interest in the cycling industry and foster an environment where an intern can not only develop their technical skills, but their soft skills and maybe learn a bit about themselves in the process.”

One element that stuck with Somrock was the, “freedom to do. Having a failure-positive environment is absolutely critical,” he explained. “The main objective is to know that it’s going to be okay to make a mistake or have a project that just doesn’t work. Because at the end of the day you learn from that every single time, and you develop more skills. There are a lot of questions that come out of failure, and I think they’re all good.”

Students interested in applying for an internship with HED Cycling should watch for the job posting in our upcoming New Jobs Emails.