Interns at Premier Biotech Labs LLC are Encouraged to “Be a Scientist!” 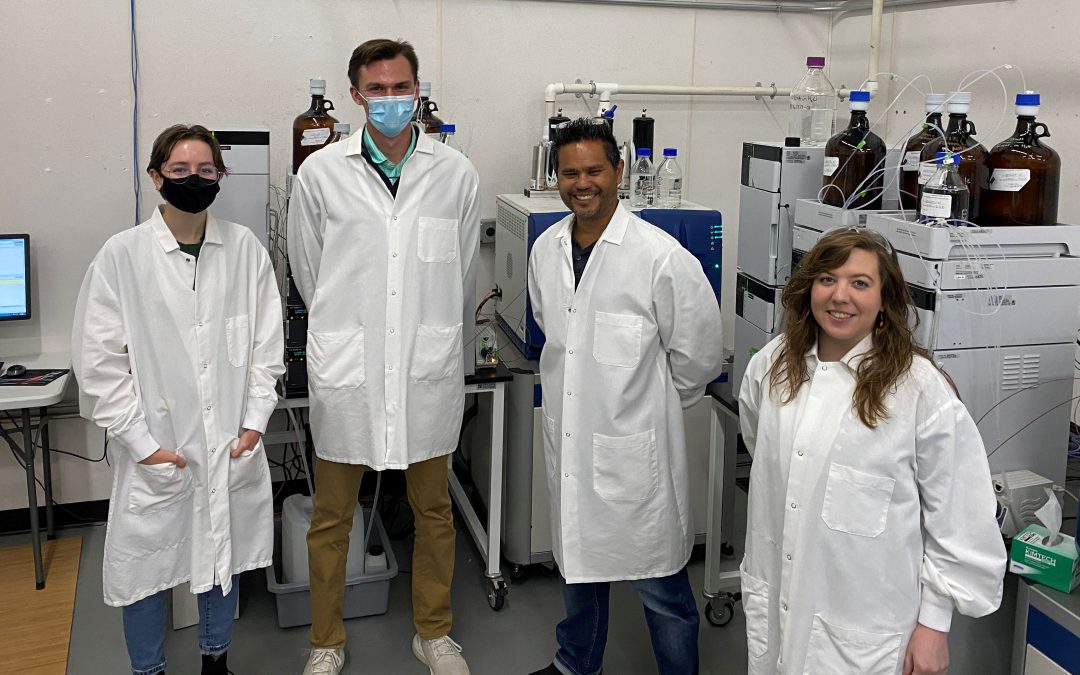 Having worked with STEM students for the last several years, the team at Premier Biotech Labs LLC. (PBL) have fine-tuned their approach to hosting interns.

“We’re trying to make this a mentorship as well as an internship,” explained Michaela Roslawski, a R&D Scientist at PBL, “to make sure it’s fulfilling for all of us.”

“It’s an arc,” Added R&D Scientist Dr. Larry Masterson. “We start them off with baby steps, have them learn methodologies and what it is that we do. We then look to them to gain their independence and ultimately try to prompt them to think up experiments on their own. It’s the idea of, ‘Be a scientist!’ Try to use what’s in front of you and think about ways to acclimate that.”

What better way to “be a scientist” than to work alongside professional scientists in the field? At PBL, interns get that chance by tackling specific projects and hands-on tasks in a toxicology lab that provides rapid drug testing services and devices.

This summer, PBL wanted to update some of their old devices as well as create some new ones and set out to find a couple of interns to assist them with this goal. After posting the positions on the SciTech job board, they found Wesley Burns, a chemical engineering major at the University of Minnesota Duluth, and Kira Lynch, a biomedical engineering major at the U of M Twin Cities.

“It’s been a nice marriage between the two sides,” Dr. Masterson said. “There’s quite a bit of laboratory work and time spent on the product side, so the interns are able to see both and maybe get an experience that lends itself well to two different areas of industry that are out there.”

So far, Burns has spent most of his time in the lab, running tests and helping Dr. Masterson improve the devices.

“I’m surprised by how interested I am in the more results-driven side,” Burns said, “Working with Dr. M and getting those results, it was always really fascinating for me to see if there was something I could have done better or if there were other things we could have been done differently. I think that was my biggest takeaway.”

In addition to some data testing, Lynch assisted the team with some recent app development. Together, they’re building a new algorithm that uses your smartphone camera to scan the front of their device and then accurately tell you the outcome of the drug test.

“I actually did a project in my spring semester that involved building an app,” said Lynch. “So it was kinda cool that I could come on and immediately start working on the app project here.”

Growing together
Hosting interns this way has become crucial for PBL’s future growth as a company, and whether the students stay on with them or not, everyone involved walks away with something gained.

“They’re helping us get work done,” Roslawski said. “We always have a laundry list of things we’re trying to accomplish and avenues we want to take, but sometimes things get crossed off the list because there’s not time to explore it. So, it’s a huge benefit to have [interns] around, knowing how much they actually perform to help us get our work done.”

“They’re very hard workers,” Dr. Masterson agreed. “They start out small but then they build up. And we want to get them to that point where they’re thinking more deeply about what they’re doing. We try to get ideas from the students as well. That’s one thing with Kira and Wes, and other interns that we’ve seen, having that engagement of scientific conversation and getting them to think about their results, it’s nice to have those situations. And I think it’s worked for both sides, it’s good for them to engage in that manner.”

Returning SciTech students can send their current transcript to scitechmn@mntech.org to reactivate their account for the 2022 program year.