Two Harbors Startup is Off the Grid and Online 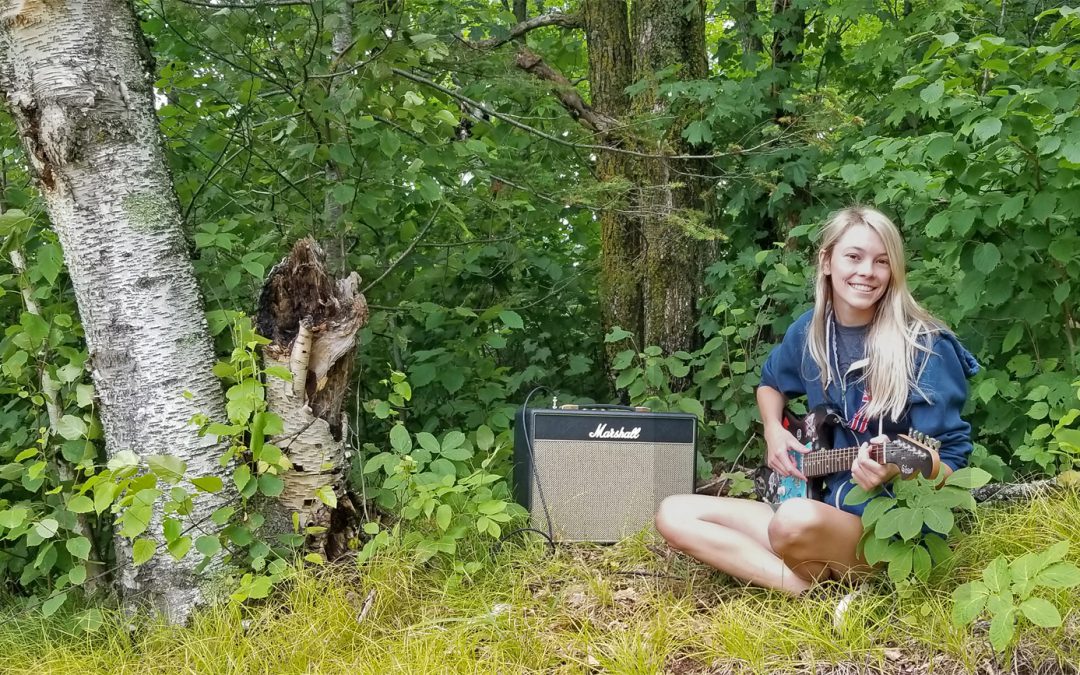 At a wooded homestead 10 miles north of Two Harbors, a morning jam session is underway. The man on guitar is Patrick Krekelberg, the CEO of two product and app development companies, Audiofile and Krekeltronics, which he runs out of the second floor loft above his garage. If it wasn’t for the fiber network put in by the county, Krekelberg wouldn’t have the high-speed internet access he needs to run his wilderness-based startups, let alone bring on interns to help him.

One of those interns is Rachael Platt, a senior studying computer information systems and music at the College of St. Scholastica. Platt’s putting both her major and minor to use by assisting Krekelberg with quality assurance (QA) testing, website reformation and mobile development for a music app.

“Rachael has been instrumental, not only with speeding up our QA process, but in helping to formalize our customer support.” Krekelberg said.

Platt has spent most of her internship working remotely, which has allowed her to hone her project and time management skills as well as what’s she learning in software development. Managing both is a balancing act that requires communication and independence.

“I actually work really well independently,” Platt said, “and working on projects here where I can ask for help if I need to, is really nice.”

Tech in the North
Platt met Krekelberg after he presented to one of her classes. Apart from her background in music and computer science, which would prove essential to the work she’d be doing, Platt also found a lot in common with Krekeltronics’ core values, specifically the company’s dedication to the North Shore and helping its tech community grow.

As Krekelberg put it, technology hubs are popping up all over, “why couldn’t it happen here?”

Working in the middle of the woods isn’t for everyone, but for people like Platt and Krekelberg, the ‘wilderness’ is where they prefer to be. Platt grew up on the North Shore and says that she’s known for a long time that this is where she wants to stay.

“I really like Duluth and how outdoorsy everything is here,” Platt said. “I go mountain biking a lot and the North Shore is perfect for that.”

Small Business Support
While Platt is receiving hands-on industry experience in the outdoor setting that she loves, Krekelberg is getting the product development assistance that he needs as well. All this is made easier with additional entrepreneurial support through SciTech, a state-funded internship program that helps startups and small businesses find and hire interns by reimbursing the employer for half their wages, up to $2,500 per student.

“The wage reimbursement is essential to the level of quality internships that we’re able to provide,” Krekelberg said, “It’s allowed us to equip Rachael with the mission critical equipment that she needs.”

Since Platt previously owned a Windows laptop, Krekelberg invested in a MacBook for her internship, so she could effectively develop iOS and mobile compatibility for their music app.